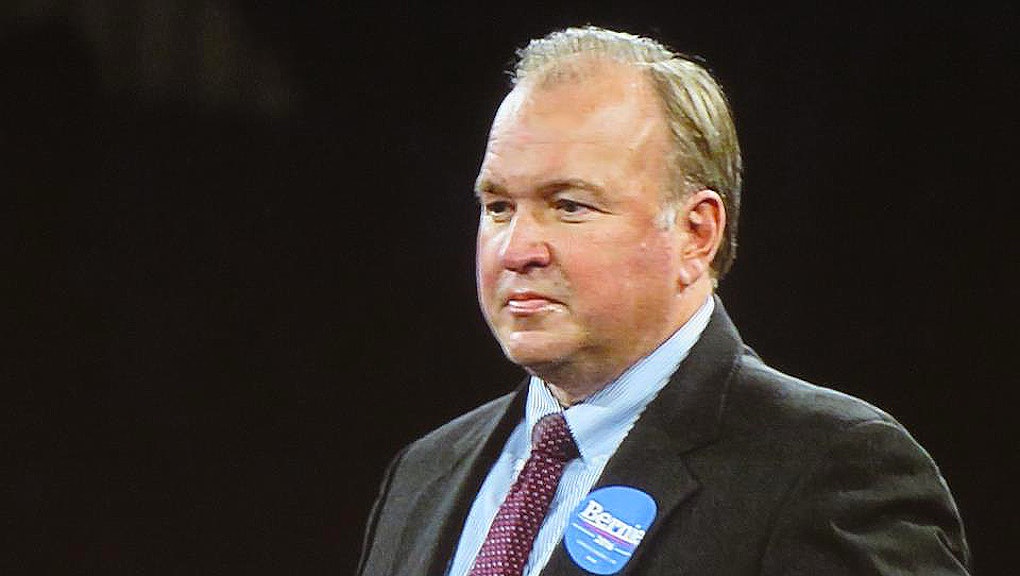 Tom Fiegen 2016: Platform and What You Need to Know About Democratic Candidate for Senate

With the first major electoral event of the year — the Feb. 1 Iowa caucuses — fast approaching, presidential candidates will get a glimpse of their campaign prospects in the Hawkeye State leading up to the November general election. However, the race for the White House isn't the only election in November that Iowans will weigh in on.

Iowa will also have a U.S. Senate election, one that pits incumbent Republican Sen. Chuck Grassley against a Democratic candidate. While there are currently four Democrats in the running for the bid, the group will eventually be whittled down to one in a June primary. In the meantime, each will make their case, and bankruptcy lawyer and former Iowa state Sen. Tom Fiegen is working to stand out among the other Democratic hopefuls.

When matched up with Grassley, Fiegen looks to take a focus on the younger voters in the state — namely, with his endorsement of Vermont Sen. Bernie Sanders for the Democratic presidential nomination. Since then, he has spoken out against the Democratic National Committee's approach to the election, and has suggested that the Democratic nomination is rigged in favor of former Secretary of State Hillary Clinton. While Fiegen was participating in a Reddit Ask Me Anything in November, he claimed his statement of support for Sanders was cut from the text of his introduction at the Iowa Democratic Party's annual Jefferson-Jackson dinner in October, according to the Des Moines Register.

"My question is: Why is it that my endorsement of Bernie was in essence censored?" Fiegen told the Register. "In the big scheme of things this a blip, but the perception is that the Democratic machine is trying to tilt this election to the point that people who support an alternative candidate are being silenced."

Fiegen added in his AMA that, in response to feeling shut out by the Party, he brought a Sanders campaign sign to the stage, which was met with cheers from the crowd. "When I got on stage, I saw the Teleprompter," Fiegen wrote in the AMA. "It had my endorsement edited out. When I saw that, I held the sign above my head. The place just exploded. The cheers from two-thirds of the crowd shook the hall. Other people told me that it was like a bomb went off. The only place completely silent? The $1,000-a-plate tables at the edge of the stage. They sat there frozen like they were made of concrete. I think they knew or sensed at that moment that the people power can and will overwhelm their money."

As a bankruptcy lawyer, Fiegen said the onus for some of the financial failures following the 2008 recession in the Hawkeye State falls on Grassley, who voted against a 2009 bill in Congress that would have allowed homeowners to restructure their mortgages under chapter 13 bankruptcy, according to the Observer.

"Senator Grassley was one of those opposed [to the bill]," Fiegen said in an interview with the Observer. "If chapter 13 had been amended to allow homeowners to restructure their mortgages, I guarantee there would be millions of people who would've kept their homes coming out of the 2008 recession, who are now renting or living with relatives because they were foreclosed and they had no way to cure their mortgage overages."

However, Fiegen will have a tall task ahead of him if he hopes to take Grassley's seat. The Republican senator has held office since 1981, and has support from both parties in the state. According to a Quinnipiac University poll released in July, Grassley has a 68% approval rating among Iowans. "Even four in 10 Democrats think Grassley deserves another term," Peter A. Brown, assistant director of the Quinnipiac Poll, said in a statement.

First, though, Fiegen will have to make it past the other Democratic candidates: Iowa state Sen. Rob Hogg and former state Reps. Bob Krause and Ray Zirkelbach. Until then, Fiegen will continue to rally support in the Hawkeye State and Feel the Bern heading into the caucus.