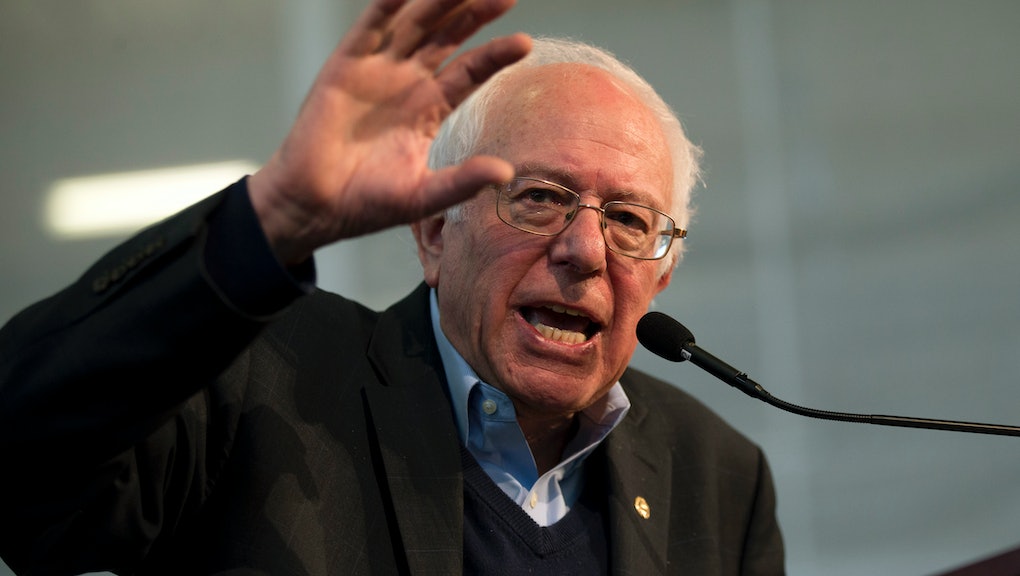 Sen. Bernie Sanders (I-Vt.) has narrowed the gap with Democratic presidential frontrunner Hillary Clinton in Iowa and has established a commanding lead in New Hampshire, the latest batch of polls indicate.

An Iowa toss-up: With just one week until Iowans head to the caucuses, the most recent surveys suggest Clinton and Sanders are locked in a dead heat in the Hawkeye State. A Fox News poll released Monday evening found Clinton with a 48% to 42% edge over Sanders, followed by former Maryland Gov. Martin O'Malley at 3%. Last month, Fox found Clinton with a 50% to 36% lead over Sanders.

The Fox poll came on the heels of an American Research Group survey released Monday finding Sanders up 48% to 45% over Clinton, and one day after the CBS/YouGov poll gave Sanders a slight 47% to 46% edge in Iowa.

The RealClearPolitics average shows a dead heat in the Hawkeye State:

A New Hampshire juggernaut? While Iowa appears to be anyone's game at this point, Sanders is the indisputable favorite heading into the Feb. 9 New Hampshire primary.

Two new polls of the Granite State on Monday found the Vermonter posting double-digit leads in his neighboring state. Fox showed Sanders leading Clinton 56% to 34%, up from 50% to 37% earlier this month, while a Franklin Pierce University/Boston Herald poll showed Sanders nabbing 55% to Clinton's 39%.

On Sunday, CBS/YouGov also found Sanders with an overwhelming lead, 57% to 38%.

It's too early to call Sanders a prohibitive favorite in the notoriously wily state, though: After then-Sen. Barack Obama (D-Ill.) defeated Clinton in the 2008 Iowa caucuses, polls showed him opening a clear lead in New Hampshire, where Clinton actually eked out a narrow victory. For Sanders, that experience is both sobering and encouraging: While it attests that his current lead in New Hampshire should be taken with a grain of salt, it also demonstrates that if he were to lose Iowa to Clinton, he may yet prevail in New Hampshire.

What then? Even as polls point to the possibility that Clinton could lose the first two nominating contests, her campaign remains confident that it has built a firewall of support in the more racially and ethnically diverse states that follow, particularly in the South and West.

But dual Sanders victories could very well crack that firewall. Take the CBS/YouGov survey of South Carolina Democrats released Sunday. Buoyed by overwhelming support among African Americans, Clinton bested Sanders 60% to 38% in the poll. Only last month, however, Clinton led Sanders 67% to 31%; should Sanders come out of Iowa, New Hampshire and the Feb. 20 Nevada caucuses with significant momentum, you'd expect Clinton's lead among Palmetto State Democrats to further dwindle ahead of the Feb. 27 primary there.

The betting markets and prognosticators say this race is still Clinton's to lose. At the very least, though, it's looking like the Democratic contest will be anything but a snoozefest in the coming weeks.