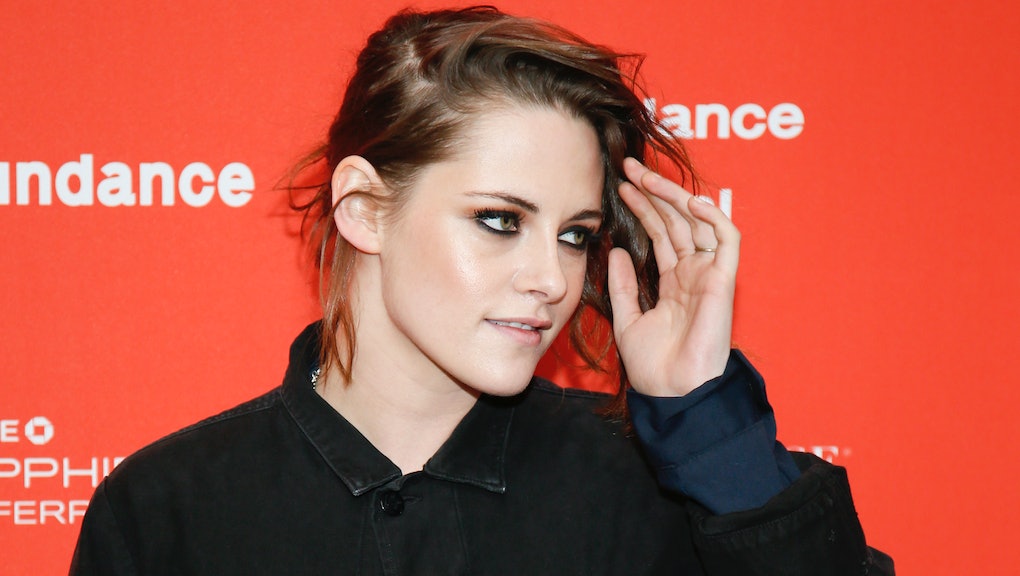 Add Kristen Stewart's name to the list of stars who will be looking to change up their publicity teams in 2016.

The Clouds of Sils Maria actress did an interview with Variety at the Sundance Film Festival, where she's promoting her festival film Certain Women. Because of the selective editing of the video, it's unclear exactly what Variety asked, though the trade publication later clarified the question was about "gender equality."

Like Charlotte Rampling and Julie Delpy talking about diversity, Stewart gave a widely reviled answer to Variety's question. "Instead of sitting around and complaining about that, do something," she said. "Go write something, go do something."

"That's easy to say," Stewart admitted of her response. "It's hard to get movies made. It's a huge luxury. ... But that subject is just so prevalently everywhere right now." She added that said subject of representation is "boring."

Twitter didn't take Stewart's answer well, though many were responding to Variety's initial, incorrect statement that the answer was about diversity.

Considering the battle over the recently announced lily-white Oscar nominee pools and the trouble actresses like Rampling and Delpy have gotten into, saying anything at all on such a sensitive subject seems remarkably silly from a public relations perspective. "No comment" feels like the best plan of action in a time when every celebrity comment is getting picked up, pored over and analyzed.

But Stewart did comment, and her answer unfortunately eschewed the importance of talking about how woefully exclusive Hollywood is. Gender equality may be a "boring" subject, but talking about issues of exclusion is key. Without communication, the status quo stays put. Not everyone enjoys the privilege Stewart does as a wealthy white actress with resources to make her own movies. It's up to her to not punch down at those women trying to make changes, but to stand with them.

Jan. 25, 2016, 6:25 p.m.: This story has been updated to reflect Variety's correction that Stewart was not talking about diversity, but rather "gender equality."