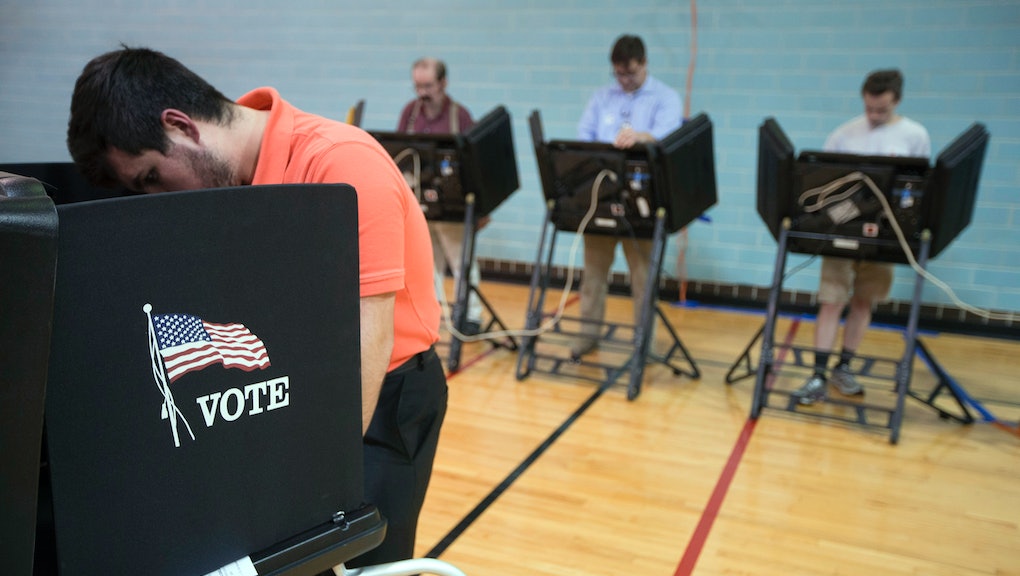 With the 2016 presidential race in full stride, the gubernatorial elections of 2016 have been flying under the radar for most. The elections for governor will occur on Nov. 8 in 12 states and two U.S. territories — Delaware, Indiana, Missouri, Montana, New Hampshire, North Carolina, North Dakota, Oregon, Utah, Vermont, Washington, West Virginia, Puerto Rico and American Samoa, according to Election Projection.

"Even in today's supervolatile, Trumpified environment, defeating an incumbent governor remains one of the hardest things to do in politics," campaigns reporter Kevin Robillard wrote in Politico. "And that's bad news for Democrats in 2016."

Governors serve four-year terms in every state, commonwealth, and territory with the exception of New Hampshire and Vermont, where governors hold office for two years.

Democratic Gov. Jack Markell, having held his office since 2009, will not be able to run for a third term. With the death of Vice President Joe Biden's son, Beau Biden — who was expected to run for governor — Rep. John Carney is seeking the Democratic nomination in his stead. Republican State Sen. Colin Bonini and retired state trooper Lacey Lafferty will also be running for office.

Republican Gov. Mike Pence is running for re-election, but he's facing opposition from former Democratic candidate John Gregg, who lost to Pence in 2012.

Democratic Gov. Jay Nixon is term-limited in 2016 and will not be able to run for re-election. Chris Koster, the attorney general of Missouri, will be running on the Democratic ticket.

Democratic Gov. Steve Bullock is running for re-election; Bullock was elected to the position in 2012. Former Montana Secretary of State Brad Johnson, former nominee for the State Senate Mark Perea and conservative activist Greg Gianforte will be running for the office as Republicans.

After serving one term, Republican Gov. Pat McCrory is seeking re-election. Former State Rep. Robert Brawley and 2012 candidate for governor Charles Moss are running against McCrory in the Republican primary.

Oregon's Secretary of State Kate Brown was sworn in as governor in 2015 after the resignation of Gov. John Kitzhaber. Brown is running for election to a finish Kitzhaber's term through 2018. Physician Julian Bell is opposing her on the Democratic ticket.

Clinical professor and former U.S. Marine Bud Pierce and engineer Bob Niemeyer will be running for office as Republicans.

Republican Gov. Gary Herbert will be seeking re-election in 2016. Businessman Jonathan Johnson and former Utah County Democratic Party chairman Vaughn Cook will be running on the Republican ticket as well.

Former CEO of a medical staffing company Michael Weinholtz is running for office as a Democrat.

Businessman Bruce Lisman and Lieutenant Gov. Phil Scott will be running for office on the Republican ticket.

Democratic Gov. Jay Inslee will be seeking re-election in 2016. He will face opposition from Seattle Port Commissioner Bill Bryant, who is running as a Republican.

Democratic Gov. Earl Ray Tomblin has reached the end of his term and will not be able to run for re-election in office. Former United States Attorney Booth Goodwin, businessman Jim Justice and 2012 gubernatorial candidate Jeff Kessler will be running on the Democratic ticket.