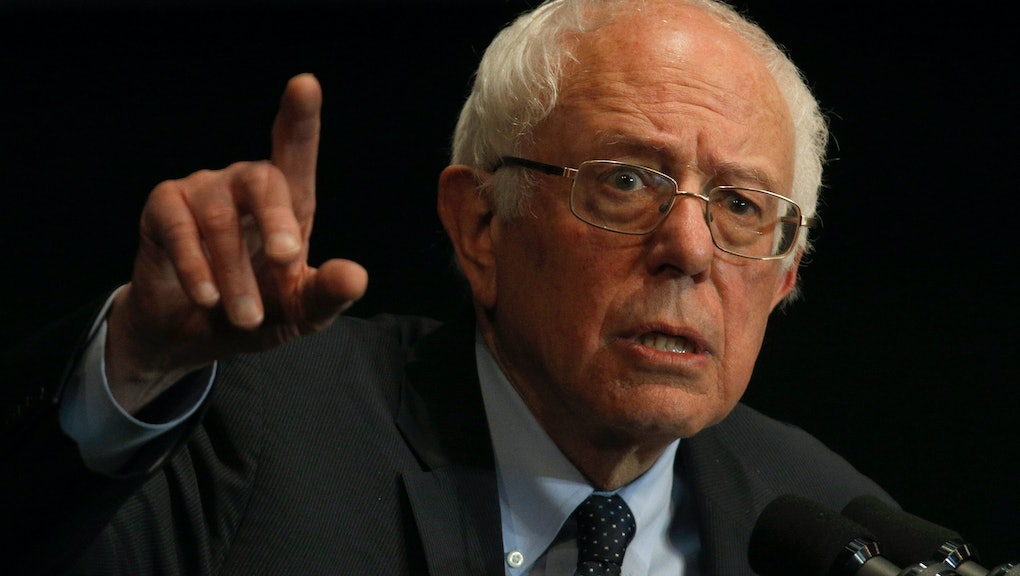 Bernie Sanders: "We Will Raise Taxes. Yes We Will."

Breaking with decades of bipartisan political convention, Democratic presidential hopeful Sen. Bernie Sanders (I-Vt.) on Monday night reaffirmed that he would raise taxes on middle-income Americans to fund his "Medicare for All" health care plan.

"Yes, we will raise — we will raise taxes. Yes we will," Sanders said at the CNN Democratic Presidential Town Hall at Drake University in Des Moines, Iowa.

"We may raise taxes," he added, "but we are also going to eliminate private health insurance premiums for individuals and for businesses."

The background: Following a steady drumbeat of criticism from rival Hillary Clinton over a lack of specificity on how he'd fund single-payer health care, Sanders last week released the details of his plan, including a 6.2% employer payroll tax that would be passed on to workers. According to an analysis of the plan prepared for the Sanders campaign by a University of Massachusetts Amherst economist, a family earning $50,000 a year would save an estimated $5,807 in health costs each year, savings that would otherwise have been spent on private insurance premiums and deductibles.

While Sanders says middle-income families would save under his plan, his promise to raise taxes on more than just the wealthiest Americans comes with considerable risk — and not just because it's become a point of attack for Clinton. Democrats remember well how their 1984 presidential nominee, Walter Mondale, suffered after promising during his convention acceptance speech to pursue large-scale tax increases.

"The budget will be squeezed. Taxes will go up. ... It must be done. [President Ronald] Reagan will raise taxes, and so will I. He won't tell you. I just did," Mondale said, in a line that Republicans made an albatross for the former vice president. Mondale went down to a landslide defeat, carrying only Washington, D.C., and his home state of Minnesota in the fall election.

As the New York Times noted Monday, Sanders is "the first top-tier candidate since the 1980s to propose broad-based tax increases."

Under President Bill Clinton, Democrats recalibrated their approach to taxes and spending, presenting themselves as attuned to the more conservative national mood. A generation later, Sanders is betting that amid rising inequality and a progressive desire for fundamental reforms, Americans will countenance new taxes if they lead to broader social and economic gains.