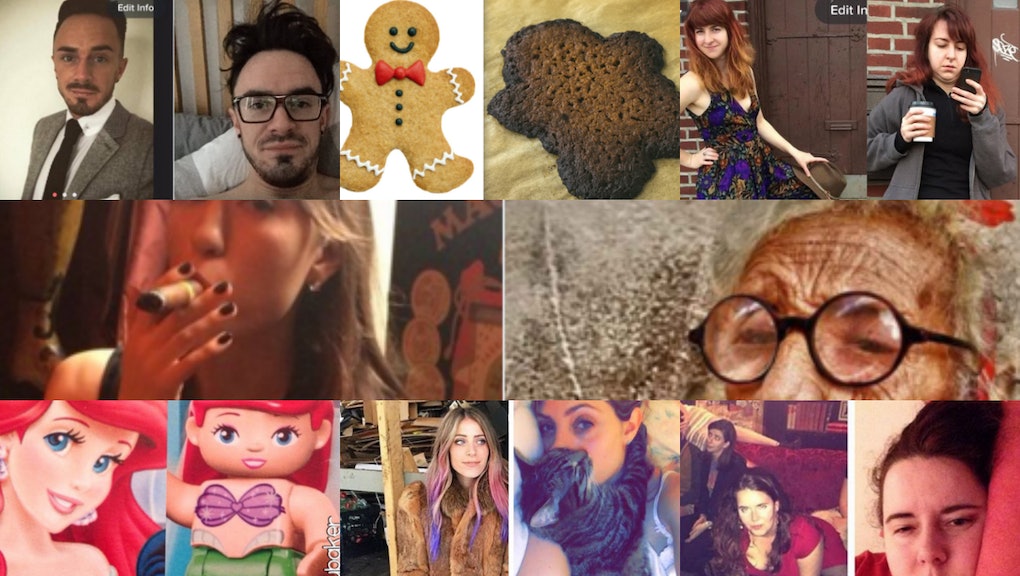 It's only natural that when it comes to choosing dating profile pics, most of us are inclined to display images of ourselves looking our hottest while living our best lives. A viral new hashtag, however, is here to expose us all for the unkempt garden gnomes that we secretly are.

It's called #OnTinderAtTinder, meant to display the juxtaposition of how we look on the app in Valencia-filtered SmartphoneLand versus how we look IRL, while literally looking at the app.

But it's also worth noting that the overly polished Tinder pics just miiiiiiight be more realistic for a first date lead-up anyway. After all, the pictures on the left just scream, "I am a v. bathed human who made myself look presentable for a romantic evening with someone I barely know." Meanwhile, the pictures on the right say something more like, "I am either alone or in the presence of someone I've been dating for at least, like, a year. LOL, what's a shower?"

In any case, it's still pretty funny to see images of the two looks right next to each other. Also funny are some of the more creatively fashioned #OnTinderAtTinder posts, which really drive the whole point home.