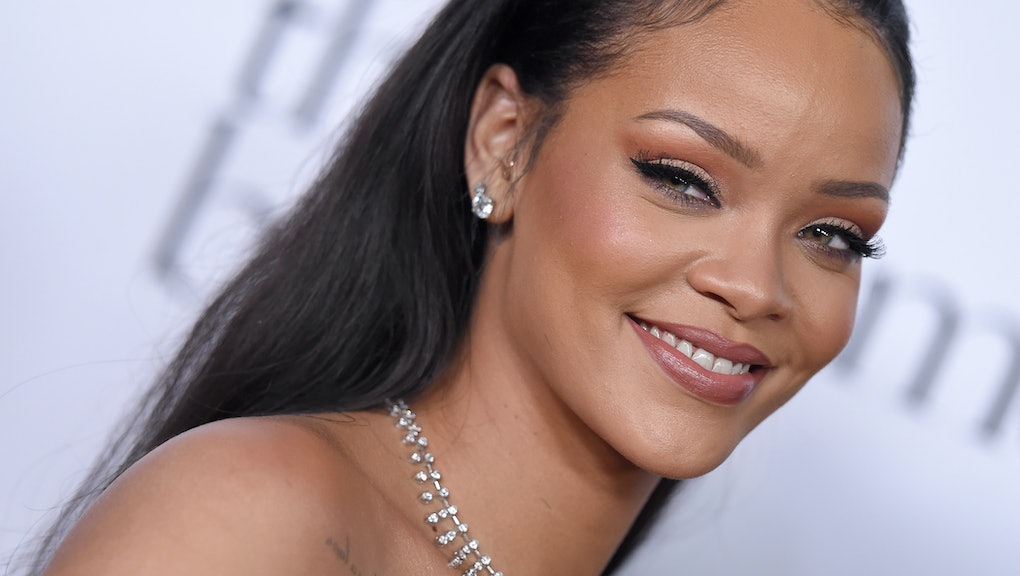 It's official: the Rihanna "Navy" has gone absolutely mad. After the Barbadian singer posted a viral fire selfie (which boasts about $9,000 of accessories) on Twitter Monday morning, teasing that the notorious bad girl was listening to her forthcoming album Anti, fans began a hashtag to celebrate: #SuperSoonParty. Within hours, the hashtag was trending worldwide, with memes featuring none other than reality star Tiffany Poehler, also known as by her reality television persona New York, as well as the standard cat GIFs.

Apparently, getting into the #SuperSoonParty was the Navy's number one priority:

Some were denied entry, but found ingenious ways to get inside the exclusive (and fictional) event:

Others were celebrating the highly anticipate album drop in pure RiRi fashion:

However, Rihanna fans and music heads need to take a step back and assess the situation: the #SuperSoonParty is an event celebrating the imminent release of an unheard album — and it's not even really happening. It's just a clustering of GIFs and memes; Rihanna hasn't even announced a recent #ANTIdiaRy room since the hashtag began started in November.

At a time when online fandoms are hungry for new music, awaiting releases from Kanye West, RiRi and the ever-disappearing Frank Ocean, the "Navy" is fragile — and appears to be going a little stir crazy.