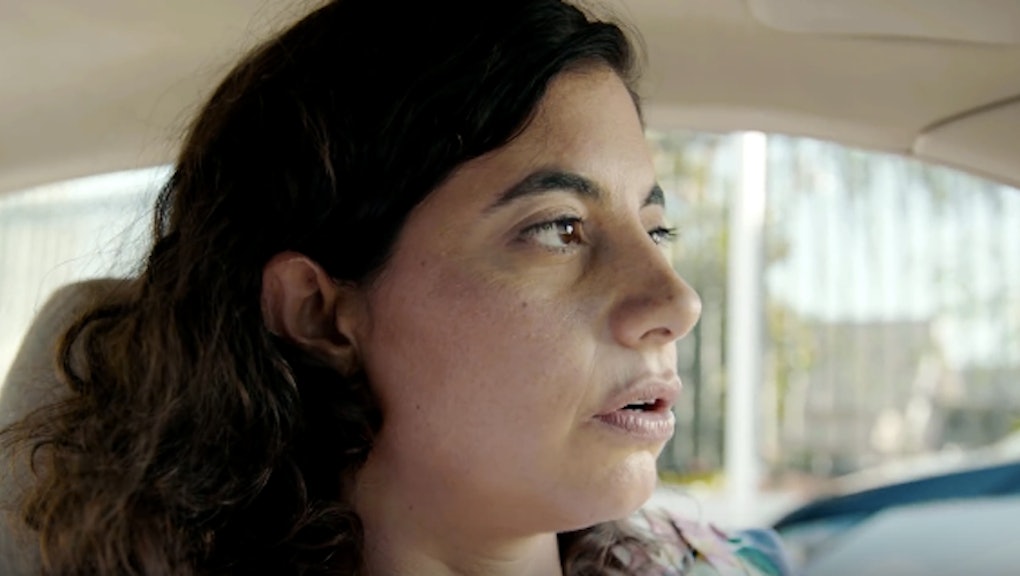 Jessie Kahnweiler has never been afraid to use comedy to examine serious, even traumatizing experiences. The comedian has previously skewered issues such as racist police brutality, homelessness and sexual assault — to viral success. Kahnweiler is now carrying on this legacy in a new web series co-produced by Transparent creator Jill Soloway and which premieres Tuesday at the Sundance Film Festival: The Skinny, a nuanced exploration of what it's like to live with bulimia.

"My eating disorder was always the most shameful thing about me," Kahnweiler told Mic. "As a woman there is a level of shame I carry around all the time, like I have to apologize for existing or being too big, being too much."

But Kahnweiler said she doesn't have to take herself too seriously to explore this experience in a real way.

"I live in a reality where the funniest things are often also the most tragic," Kahnweiler said. "I use humor to make meaning of life."

The Skinny, a series of six 10-minute episodes that will air on Wednesday on Refinery29, is described as a dark comedy based on Kahnweiler's experience of struggling with bulimia despite identifying as a feminist.

"I always felt so sorry for those girls with eating disorders," Kahnweiler wrote on the Kickstarter page for the project. "I never realized I was one of them ... As a loud and proud feminist, I couldn't keep throwing up but I couldn't stop either."

Countless women can relate to this conflict: 20 million women in the United States will experience an eating disorder at some time in their life, according to the National Eating Disorders Association. Millions more who haven't been diagnosed can likely empathize as well, considering that a 2008 study found that 65% of women between the ages of 25 and 45 engage in "disordered eating." As many as 3 in 4 American women "endorse some unhealthy thoughts, feelings or behaviors related to food or their bodies."

Yet studies demonstrate that media representation can powerfully affect the way women see themselves. Kahnweiler hopes her show will do just that. She said there's a dearth of media that "authentically" explores eating disorders "in a way that is both raw and vulnerable." The Skinny hopes to offer viewers are a largely unparalleled form of representation and opportunity to contend with their experience.

Much like her actual experience with bulimia, Kahnweiler recognizes the show offers no simple solutions.

"It's a struggle, but I'm working on it," she told the New York Times on Monday. "As I say in one of my videos, I'm sick of asking chubby white men with man buns for permission to be myself."