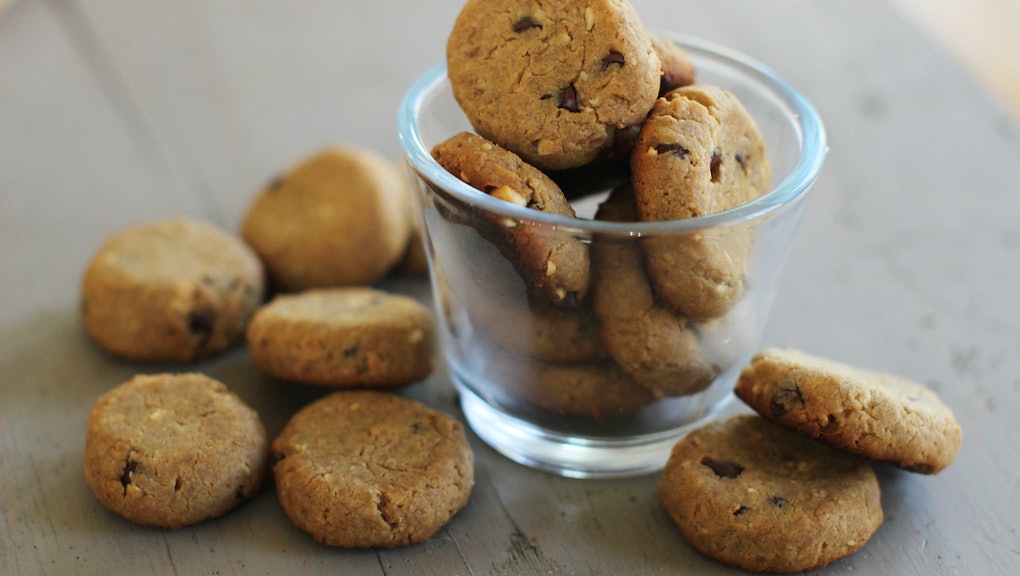 Here's the Real Reason You Can't Say No to Sugary Desserts

Chocolate cake and apples both taste sweet. So when it comes to dessert, why do we find ourselves opting for baked goods over fruit?

Our brains respond differently to sugar and calories, prioritizing calorie consumption over satisfying our cravings for sweets, according to new research published in the journal Nature Neuroscience. The findings could explain why we're always more tempted by desserts packed with sugar, as opposed to desserts packed with calorie-free sweeteners.

"It turns out the brain actually has two segregated sets of neurons to process sweetness and energy signals," said author Ivan de Araujo of the John B. Pierce Laboratory, according to PsyPost. "If the brain is given the choice between pleasant taste and no energy, or unpleasant taste and energy, the brain picks energy."

To conduct their study, the researchers fed mice two different substances: one, a calorie-laden sugary solution; the other, a calorie-free solution sweetened with artificial sugar, Time reported. The mice processed both the sweetness and the calories in their brains' reward centers, but in slightly different areas — the sweetness in the ventral striatum, which controls decision-making, and the calories in the dorsal striatum, which controls motor behavior.

The mice's desire for calories ultimately proved more powerful than their desire for sweetness. When the researchers added a gross-tasting compound to the sugary, calorie-rich solution, the mice still slurped it up more enthusiastically than the calorie-free solution.

"The sugar-responsive circuitry in the brain is therefore hardwired to prioritize calorie seeking over taste quality," de Iraujo said, according to PsyPost.

But Marci Clow, a registered dietician nutritionist at Rainbow Light, questions the reliability of this new study. She told Mic via email, "I think it is still a gray area, and more research is needed to solidify any claim that calories and not sweetness/taste makes us crave sugary foods."

Clow pointed to a study at the University of Michigan, where trial participants played a computer game where they could win more of their favorite milkshakes. People worked harder to earn sweeter milkshakes, the researchers found.

"People, especially those people who are at risk for obesity ... are willing to work much harder to get those junky, sugary processed foods," said Dr. Ashley Gearhardt, an assistant professor of clinical psychology at the University of Michigan, according to Today.

"This has long been an area of both research and debate, [with] some claiming we have been conditioned since childhood to expect a sugary dessert after a meal, [and] others suggesting a physiological yearning for sweets initiated by the tryptophan in foods kicking off an increase in serotonin, which is the neurotransmitter associated with feelings of well-being," Clow told Mic.

Even though the stomach emits chemicals to signal that it's full, those signals can't override the brain's pleasure center, Clow said.

"So even though you're full, you still want the dessert because of the pleasure it generates."