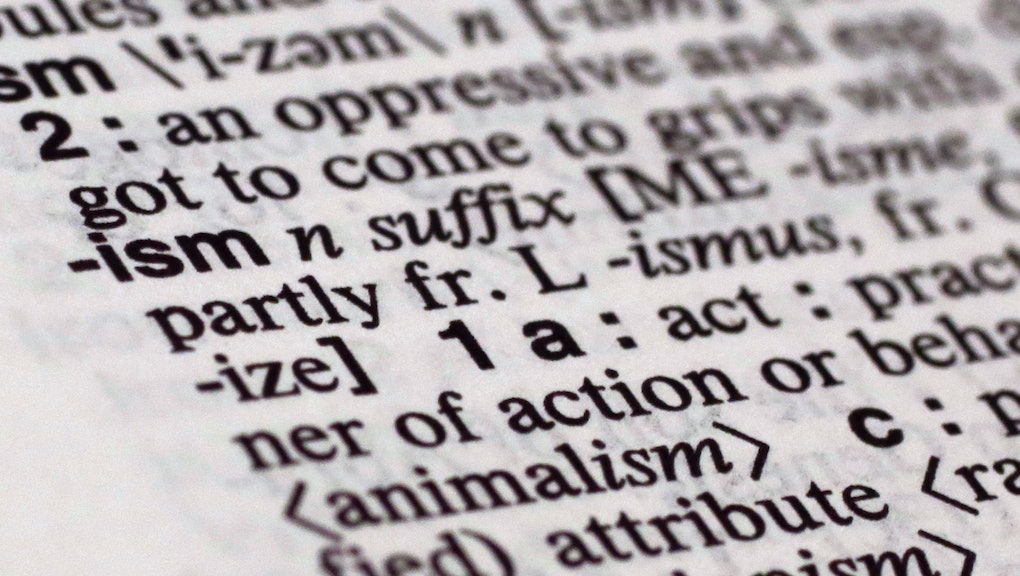 Can you define "everyday sexism?"

After Michael Oman-Reagan, an anthropologist and Ph.D. candidate, tweeted the Oxford University Press that their dictionary included sexist language in some of their example sentences, the publishers of the Oxford English Dictionary agreed to review them.

Oman-Reagan pointed to "rabid feminist" under the word "rabid," as well as several others.

The word "shrill" uses "the rising shrill of women's voices" as an example.

Under the word "psyche," the example sentence is "I will never really fathom the female psyche."

Ditto for grating, nagging and promiscuous, which use the following example sentences: "her high, grating voice," "a nagging wife" and "she's a wild, promiscuous, good-time girl," respectively.

Why is a dictionary example sentence so important? In a Medium post by Oman-Reagan, he explained:

When Oxford editorially selects example sentences reproducing sexist stereotypes, they are making implicit, prescriptive statements about gender and language. If Oxford believes it is important to tell users that the word "shrill" has historically been applied primarily to women's voices, they should say that clearly, not cover it up and hide it in a usage example. There are examples of Oxford doing this explicitly with other words, like "sexism" where they say "typically against women."

And the sexism was not reserved to denigrating women. Some example sentences included praising the accomplishments of men.

In the example for "research," the dictionary wrote "He prefaces his study with a useful summary of his own researches."

And under "doctor," the dictionary example sentence reads "he was made a Doctor of Divinity."

Oxford Dictionaries first responded with a flippant tweet to Oman-Reagan on Friday. But then apologized on Saturday after it found out that "rabid" became the most searched term on their website.

In a blog post that Oxford Dictionaries tweeted, it explained that the "best examples don't draw attention to themselves — they are so ordinary as to be downright boring." Oxford Dictionaries said that its example sentences are often sourced from vast databases of text, but conceded that the sample for "rabid" was not good, because it denigrated, instead of supported, the noun in the example.

"It was a poorly chosen example in that the controversial and impolitic nature of the example distracted from the dictionary's aim of describing and clarifying meaning," the blog post reads.

Never believe someone when they tell you that a tweet can't change the dictionary.