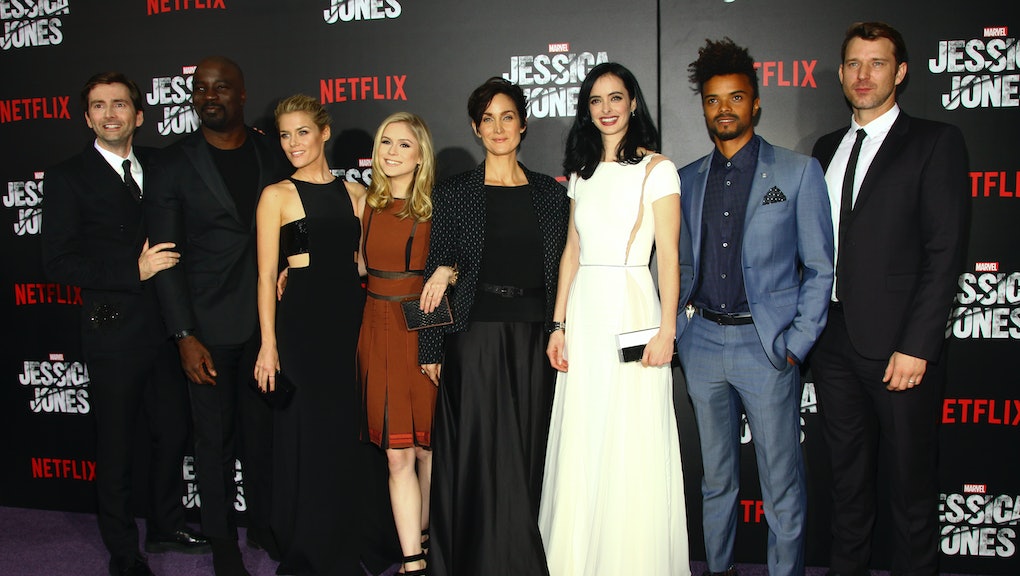 Netflix's hit badass female-led Marvel series Jessica Jones will be coming back for a second season, according to an announcement by Netflix at the Television Critics Association earlier this month. The new season is expected to continue to align well with the comics it's based from, and especially dive deeper into the psyche and backstory of the main character Jessica Jones, played by Krysten Ritter, according to Variety.

"I think I just want to continue with her character," show creator Melissa Rosenberg said at the TCA event, according to Variety. "She's a very damaged character and her damage goes beyond Kilgrave [David Tennant]. There's a lot to mine from in her backstory and in her present day situation. I think we'll find something." She later said she will "always" use as much as she can from the 2001 original Alias comic books, USA Today reported.

There is no confirmed release date for the second season.

The plots of the show and comic books follow Jones, a woman who gained superpowers after a tragic car crash as a young girl. She later gives up her powers and the life of fighting crime and becomes a private detective in New York. The show has also been regarded as revolutionary in the way Jones handles life after sexual assault.

Audiences can also expect crossovers with Jones and other Defenders. On Monday, the show's Twitter account posted a teaser image of a manila folder labeled with the words, " Cage — November." It references Jones' love interest Luke Cage — who departed the show for his own spinoff Netflix series that'll premiere this year — and could allude to a possible rendezvous between the characters. Mike Colter, who plays Cage, called his character "emotionally exhausted," but mentioned a meetup between the two, Variety reported.

Daredevil is another highly possible option for a guest appearance, as well as Trish Walker, who is similar to the superheroine Hellcat.

Fans can expect season one's villain Kilgrave to remain defeated and out of the second season, Rosenberg said, since the story is about Jones' own journey, according to Variety. Possible villains to take his place could be Typhoid Mary, who Jones battles in the comic books, or Big Bad, who paid for Jones' medical bills after the accident, according to USA Today.