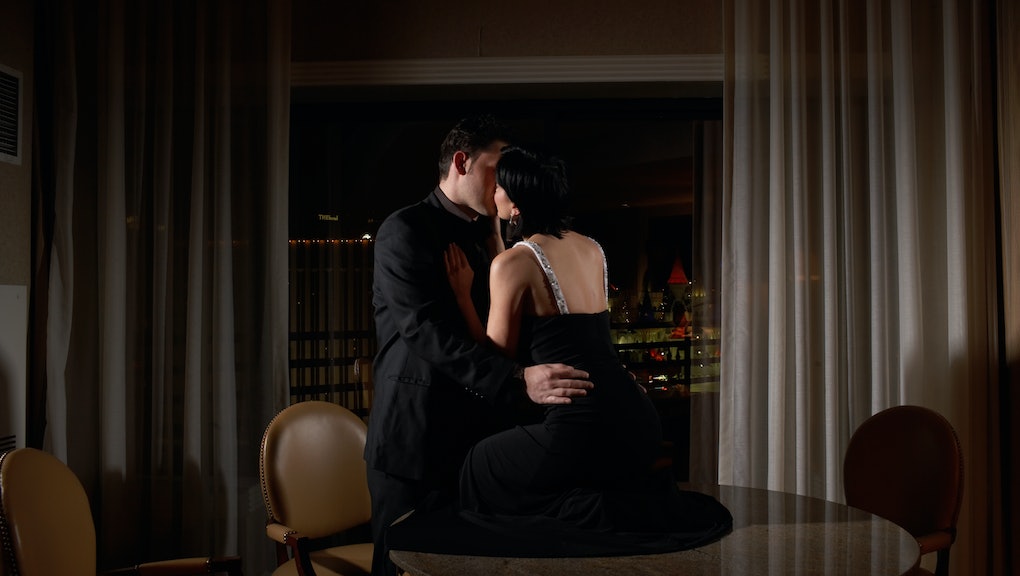 Authored by a team of Canadian psychologists and published in the Archives of Sexual Behavior, the study sought to explore "the impact of sexual arousal on sexual risk-taking and decision-making in men and women." The researchers ultimately found that sexual arousal does, in fact, have an impact on your decision-making abilities, to the surprise of approximately no one who has ever had a boner (of either the traditional or "lady" variety).

The second experiment was structured the same way, but instead of asking the participants questions about safe sex decisions, they put them to the task of playing video Blackjack.

"Participants were offered a chance to make either a risky play or a safe play during ambiguous conditions," the authors wrote. "Increased sexual arousal in Experiment 2 was associated with impulsivity and a greater willingness to make risky plays in the Blackjack game." The results suggested that when faced with "strong sexually visceral cues" such as nudity, people who are sexually aroused "may have lower inhibitions and may experience impaired decision-making."

Could this be why table game cocktail waitresses always have v. intense cleavage? We're onto you, casino owners!

Of course, you probably don't need a formal study to tell you that "your brain on sex" is definitely not a brain you should turn to for sage life advice. But the results are useful in trying to understand certain sexual behaviors that are, shall we say, not in your best interest. The Guttmacher Institute, for instance, reports that more than half of pregnancies in the United States each year are unintended, with 54% of these pregnancies resulting unprotected sex. And let's not even talk about how thousands upon thousands of dollars are lost daily at blackjack tables throughout Las Vegas.