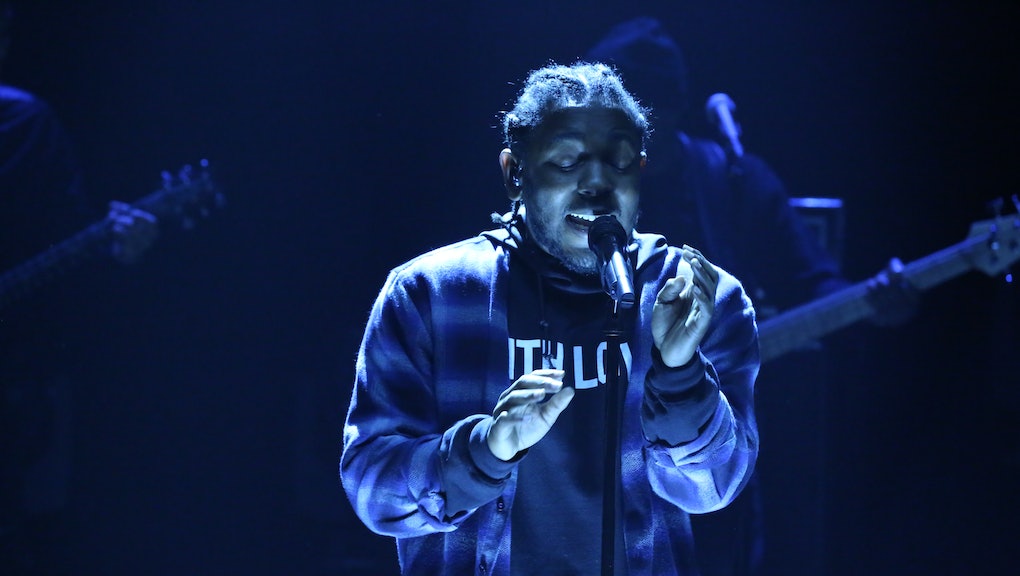 Here are Grammy Predictions for the Four Major Categories

The 2016 Grammy Awards are nearing, and as the names of the ceremony performers are rolling in, so are the winner predictions. On Feb. 15, CBS will air the 58th Grammy Awards at 8 p.m. Eastern. Although Adele's record-shattering 25 didn't make the nomination deadline, artists like Kendrick Lamar, Taylor Swift and the Weeknd dominated. Indie rocker Courtney Barnett and Meghan Trainor are some of those who made the category for best new artist. Some other nominated names include Disclosure, Death Cab for Cutie, the Internet and Fetty Wap.

Although there are 83 categories where awards are up for grabs, there are four that get the most buzz: best new artist, record of the year, song of the year and album of the year. And out of the countless artists nominated, there are a few who have had such a banner year that it seems most likely that it'll be them walking home with a Grammy tucked under their arm. The two artists really going head-to-head are Kendrick Lamar and Taylor Swift, Esquire reported.

Compton-born rapper Lamar leads the nominations with 11 nods. Arguably, the most significant one is album of the year for his To Pimp a Butterfly. His win in this category would pivot the course of the Grammys, by being the third hip hop album to ever win the category. The album has a high chance, since it was the most critically acclaimed album of 2015. But Lamar was considered snubbed before, having lost the very category in 2014 to Macklemore and Ryan Lewis, Pitchfork reported.

But this year, he's up against Taylor Swift and her 1989 album. As of Tuesday afternoon, 56.64% of more than 12,000 voters for a Billboard poll believe that Swift will win album of the year. After all, it did spend 57 weeks on the Billboard 200 chart, ranking at No. 1 at some point. Lamar follows Swift on the poll with chances of 21.19%.

Swift's "Blank Space" track, which actually features Lamar, is voted on the Billboard poll as most likely for winning song of the year, as of Tuesday afternoon. The song already won her a 2015 American Music Award, according to BBC.

On the same poll, Meghan Trainor is voted as most likely winning the best new artist with 40.13%. The pop singer, whose Title album climbed to No. 1 on the Billboard 200, already received two Grammy nominations in 2015.

Acoustic pop singer Ed Sheeran could possibly take home the record of the year category for his "Thinking Out Loud," the Young Folks reported. "Thinking Out Loud" was the first single to spend an entire year on the U.K.'s Top 40. The song also peaked at No. 3 on the Billboard Hot 100 in the United States. But Swift's widely popular "Blank Space" could dominate that category as well.

Other notable music artists that have stunned listeners and are likely to win a Grammy this year are Tame Impala, who has had a truly breakout year, and the Weeknd, who has seven nods himself.