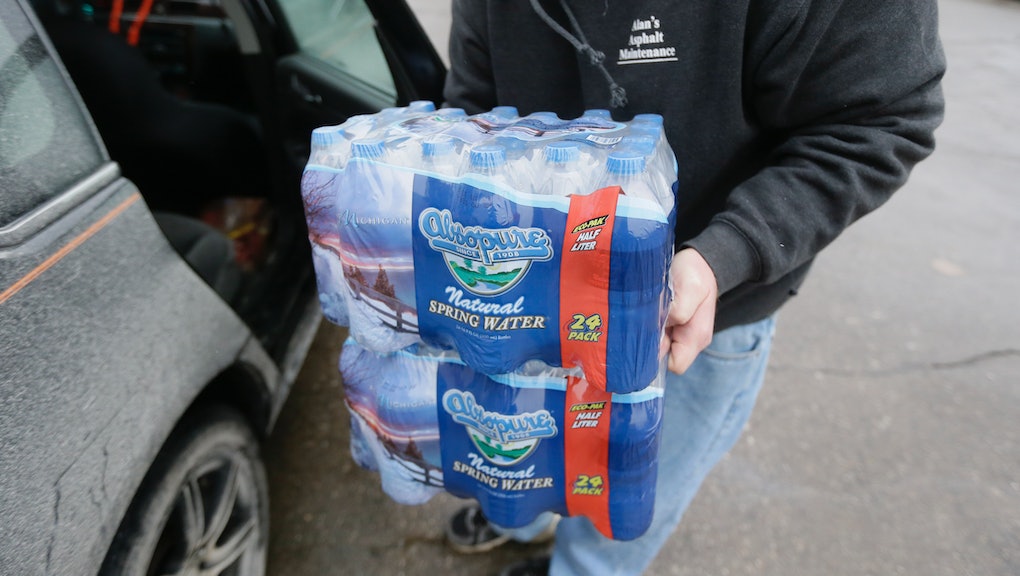 With unsafe tap water continuing to flow out of the faucets in Flint, Michigan, reports on the internet say that some of society's most vulnerable may not have equal access to clean water. In some locations, undocumented immigrants are being turned away.

Nayyirah Shariff shared a video of her experience, and pointed to a sign that said in order to receive water, residents would need identification.

"So, we are outside the Flint fire station ... and this is what's outside of the fire station," she says in the video, while showing a sign that reads "ID Required."

In a caption accompanying the video, the user wrote, "Show me your papers to get bottled water. But we didn't need ID to get poisoned. #FlintWaterCrisis"

Shariff shared a separate video on Twitter of a person working at a water distribution facility who turned someone away who lacked proper identification.

These videos contradict MLive, which reported that no residents of Flint need identification in order to access water.

There are about 1,000 undocumented immigrants, many of whom don't speak English, in Flint, Michigan, ABC 12 reported. For those residents, news of the tainted water came much later than it did for the rest of the town, and instructions on how to access clean water may be unclear.

"I got close to see what they were giving out, and it was water," one undocumented immigrant named Lucia told ABC 12. "And the first thing they asked me for was my license."

Deacon Paul Donnelly of St. Mary's Church told ABC 12 that "some folks we've found are very nervous about being found. They want to avoid talking to any strangers."

For those who are in need of water and are scared to ask, social media users have tried to boost which locations are giving out water without ID requirements.