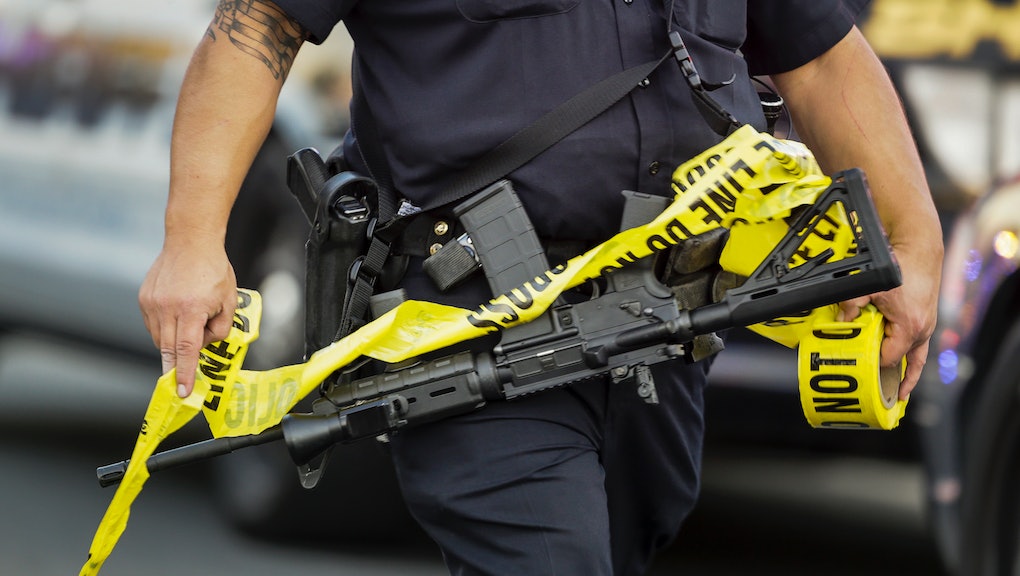 There are many reasons people die at the hands of the police. Ignorance, prejudice, racism and fear; violence leading to more violence. Whatever the cause, each death should be a solemn cause for reflection — an opportunity to ask why, in the United States, police so often kill the people they're tasked with protecting.

Archives + Absences, an app released Wednesday, will send a push notification to your phone every time the police take a life in the United States.

The notifications come without any reason attached, including nothing but the victim's name. In the past three weeks, you would have received 59 notifications.

In the past three weeks, you would have received 56 notifications.

The data comes from the Guardian's "The Counted," an open database of police killings in the United States that was built because the U.S. government doesn't keep its own record. Once you tap the push notification and enter the app, you see a map pin where the incident took place.

Not all police incidents of violence are unwarranted, of course. The Guardian found that in about 1 in 5 incidences of police killings, victims had fired shots back at the police. But those same analyses reveal that young black men are nine times more likely to be killed by police than other Americans.

Archives + Absences was created by Josh Begley, a web developer and internet artist behind a series of similarly provocative apps. Dronestream, a Begley app similar to Archives + Absences, tracks drone strikes by the U.S. military abroad, and sites like Officer Involved and Profiling.is stand as visual libraries for police surveillance, neighborhoods affected by police violence and the geography of prisons.

But if you want the Archives + Absences app, you might have to download it sooner than later. The App Store has strict censorship standards, often enforced without explanation. Begley's app for tracking drone strikes has already been removed.