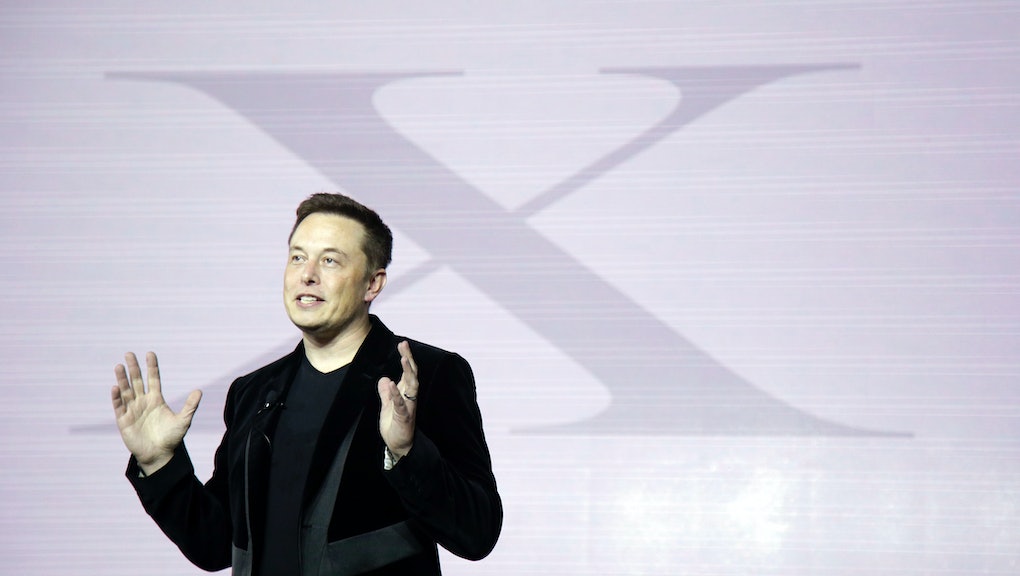 6 Facts About Elon Musk You May Not Have Known

A lot can be said about one of the most innovative, experimental minds of our generation: Elon Musk. The business magnate has been at the forefront of some of the most forward-thinking companies in the world — in SpaceX and Tesla Motors — and continues to push the boundaries of what present-day technology and science can achieve. However, his entrepreneurial accomplishments are only the tip of the iceberg with the fascinating facets of his life.

He created his own video game at age 12.

While he was living in South Africa, Musk coded his own video game at 12, which he called Blastar, according to Business Insider. Though the game was never officially developed, the code was saved, and published, in an Elon Musk-centric book released in May. As a result, Thomas Lloret, a software engineer at Google, decided to turn the code into a playable game, according to Business Insider.

Essentially, it's a knock-off of Space Invaders, but considering it came from a 12-year-old, it's pretty darn impressive. The game is available to play here.

Perhaps as a way to thank him, Musk also had a cameo in Iron Man 2, where he hoped to share his latest business idea with Stark:

His mother was featured on a New York magazine cover, nude.

While Musk's had a long career in the tech industry, his mother, Maye Musk, has held an even longer career in professional modeling. Though she has been a model since the 1960s, she wasn't able to break big for decades, and had to juggle several jobs at once to support Elon Musk and her other children, according to Business Insider.

Her most notable shoot was in a September 2011 issue of New York magazine, where she posed nude — and pregnant — for a feature on women over 50 having children. However, she did note in a subsequent interview with Inside Edition that the pregnant belly was created through Photoshop.

"They did have a model who was nine months pregnant, and used her belly and just put it onto me," Maye Musk said, according to Inside Edition.

Already valued at $11.5 billion, Musk is certainly not strapped for cash. So much so, that's he's willing to take a significant pay cut from his annual salary. In 2014, as the CEO of Tesla, Musk returned his entire compensation package of $35,360 (which, isn't a large salary to begin with), according to CNN.

However, CNN also noted that he was awarded roughly $78 million in options and cash in 2012. And as CEO of SpaceX, that also has its own perks.

Musk owns the vintage Bond car, with a cheeky twist.

When the 10th James Bond film, The Spy Who Loved Me, was released in 1977, it turned heads with its inventive Bond car — a Lotus Esprit that doubled as a submarine. In 2013, Musk bought the car at an auction, with the tongue-in-cheek hope that he could use it as an inspiration to create a vehicle that could do the same in reality, according to the Guardian.

"It was amazing as a little kid in South Africa to watch James Bond in The Spy Who Loved Me drive his Lotus Esprit off a pier, press a button and have it transform into a submarine underwater," Musk said, according to the Guardian. "I was disappointed to learn that it can't actually transform. What I'm going to do is upgrade it with a Tesla electric powertrain and try to make it transform for real."

Musk wants to create a tube that people can travel through at 750 mph.

Yes, you read that right. According to Architectural Digest, Musk's idea for a new mode of travel is called Hyperloop, and it would essentially shuttle people — and potentially cargo — at around 750 mph, with the use of electronic propulsion through a slender tube. "Musk often calls Hyperloop 'the fifth mode' of transportation (after trains, cars, planes and boats)," Nick Mafi wrote for Architectural Digest.

While the concept is undoubtedly ambitious, Musk has already taken the first (small) steps toward making it a reality. According to the Verge, SpaceX has selected the construction and design firm, AECOM, to build its first Hyperloop test track. The initial tube will be roughly a mile, and will run adjacent to the company's headquarters in Hawthorne, California.

AECOM has constructed several successful projects, such as the Barclays Center in Brooklyn, New York, and if nothing else, it was a smart hire by the company. "In helping design and construct SpaceX's Hyperloop test track, AECOM is lending Musk's far-out, futuristic pipe dream some significant, real-world expertise that could help achieve that goal," Andrew J. Hawkins wrote for the Verge.

To further pool idea, the company will also have a design competition for the Hyperloop pod Friday and Saturday at Texas A&M University, where the winner will have the opportunity to build a life-sized model at the test track over the summer.