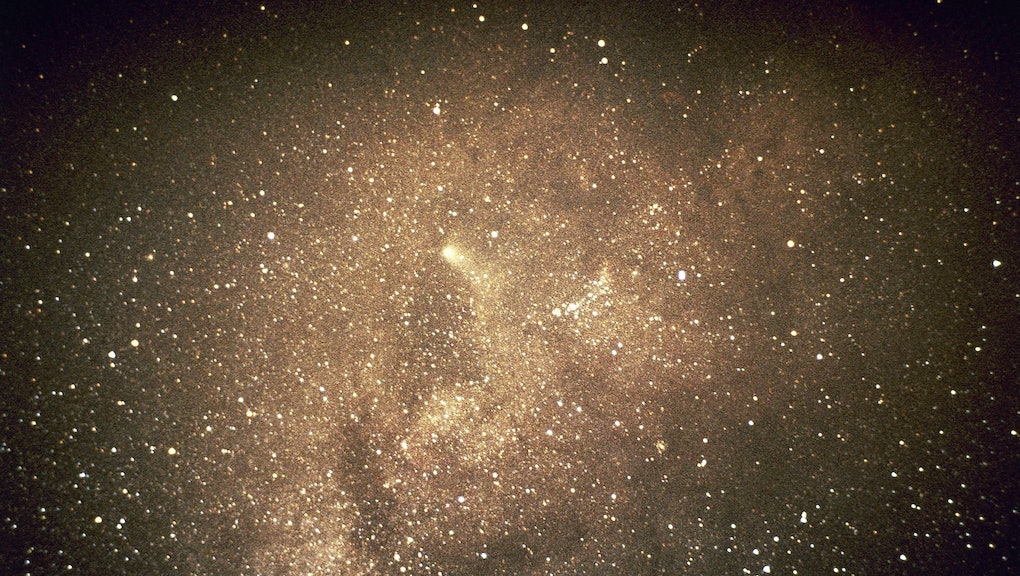 Enormous Structures Might Be Hiding in the Middle of Our Galaxy

For years, astronomers have been puzzled by a quandary known as the global missing baryon problem, which struggles to pin down the whereabouts of unaccounted for matter in the universe. So where has all the matter gone? Scientists may have just figured it out.

Astronomers at the Commonwealth Scientific and Industrial Research Organization's Compact Array station in Eastern Australia have reportedly made a mind-bending discovery. Using Compact Array telescopes located onsite, IFL Science reports that researchers may have uncovered "invisible" entities so large that they could stretch the length of space it takes Earth to make a full rotation around the sun. The entities are located in the Sagittarius constellation, and the missing matter scientists have been searching for could be contained within them.

In a Thursday press release, CSIRO astronomer Dr. Keith Bannister said the "lumps" could drastically reshape how we understand how gas exists in our galaxy. "They could radically change ideas about this interstellar gas, which is the Galaxy's star recycling depot, housing material from old stars that will be refashioned into new ones," Bannister said. "Lumps in this gas work like lenses, focusing and defocusing the radio waves, making them appear to strengthen and weaken over a period of days, weeks or months."

Astronomers believe that these invisible space entities exist some 3,000 light-years away, though the shape of the lumps remain unknown for now. "We could be looking at a flat sheet, edge on," said CSIRO's Dr. Cormac Reynolds, in the release. "Or we might be looking down the barrel of a hollow cylinder like a noodle, or at a spherical shell like a hazelnut."

As if that conceptional visual isn't mind-imploding enough, scientists believe the invisible structures are also moving at a speed of 30 miles per second.

And digging deeper into the missing baryon problem, IFL Science explains that one element of the Big Bang Theory suggests that atoms should make up 4% of all matter in the universe. However, after a tally of the matter scientists can see, the amount of matter on paper doesn't add up to 4%. That means that the remaining matter can't be seen.

That sounds an awful lot like dark matter. Yet speaking to IFL Science, Bannister said this most recent discovery isn't thought to fall into that category. "The existence of dark matter is often inferred from how galaxies are able to hold themselves together, despite their rotation," IFL Science reports. "These structures are not thought to play a part in that."

Though much remains to be explained about this discovery, Bannister is hopeful that continued research will advance what scientists understand about the unseeable elements of our solar system.

"These structures are real," he said in the release, "and our observations are a big step forward in determining their size and shape."