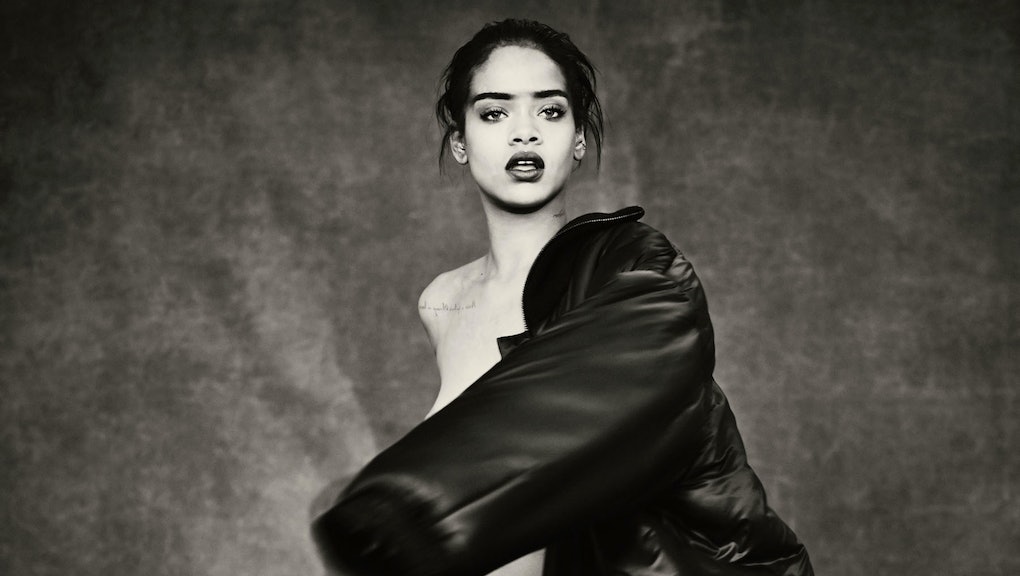 Wednesday, Rihanna finally broke the suffocating silence surrounding Anti, releasing what she's described as the album's "first single," titled "Work." It's almost a dance hall song, featuring a low-fi Carribean-flavored beat, a ton of patois and a verse from Toronto's very own Drake. Unfortunately, no one cares enough to hear it. The reason: Tidal.

Rihanna is one of the streaming service's elite, and as such, her song was initially released on the largely exclusive platform. However, unlike many her past songs and videos, which were made available only to members of Tidal's secret club, fans can listen to the song on the service's homepage or download it for a little over a buck. However, many fans are not okay with this compromise. The frustration with Tidal is too great, and the old hurts too deep.

Listeners' distaste for Tidal has been lingering ever since its release in March. Owner Jay Z framed the service as a revolution in streaming, rolling it out at a exclusive launch event with a ton of pomp and championing the service's high profile lineup of Rihanna, Kanye West, Beyoncé, Madonna, Daft Punk and more. Yet his presentation didn't look like a revolution. It looked like a celebration of music's 1% making a veiled attempt to earn more money off of their already absurdly popular music.

In the days following, Jay Z and others from the company attempted to highlight Tidal's higher royalty rates and artist support services to no avail. The company's story since has been a pile of CEO replacements, firings, internal criticism and now this.

The biggest problem is that this kind of release strategy offers an incredible incentive for pirates to leak the song, which is exactly the villain streaming sought to vanquish. "Work" is already leaking in several places. Perhaps this is also why "Work" found its way onto iTunes a few hours after its Tidal release.

Those invested in this launch have to wait to see if Rihanna's single will gain traction after its false start. More importantly, will Rihanna's Anti, which is allegedly finally coming this week, hit the internet in the same way? If it does, will her Navy completely mutiny?