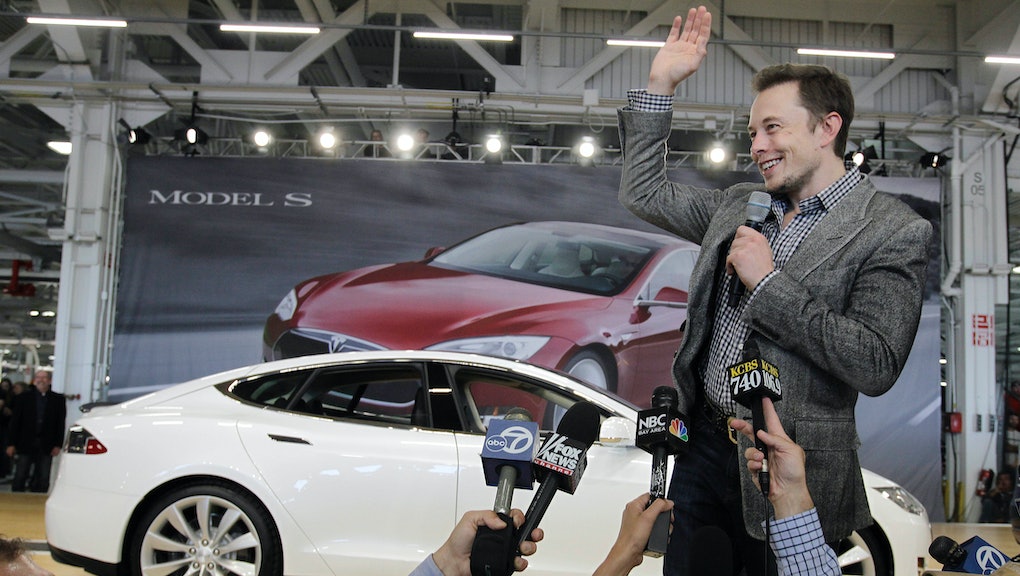 The open competition kicks off this weekend with a showcase of the over 100 pod designs. The selected pods will compete at the new track sometime in the summer, according to the SpaceX website. The vacuum-sealed track is slated to be 6 feet wide and 1 mile in length, and since it's a test track, a 12-foot foam pit will be at the end in case a pod has a brake failure, an AECOM statement said Tuesday.

The Hyperloop was announced in 2013, as Tesla and SpaceX's Elon Musk's "train of the future," aka the fastest way to travel. In Musk's vision, the depressurized tube-based train will travel at 760 mph, and carry up to 840 passengers an hour, or 7.6 million a year. The cost of building it was estimated at $6 billion in 2013, Mic previously reported. Musk declared the Hyperloop a public challenge, releasing a 60-page document on the project, also emphasizing that SpaceX will not pursue the Hyperloop itself, Tech Insider reported.

"What we are delivering is more than just a track to test pod prototypes — it's a glimpse into the future," AECOM CEO Michael Burke said in the statement. AECOM worked with Brooklyn, New York's Barclay's Center and the Crossrail tunnel in London, the Verge reported.

Although technically unaffiliated, Hyperloop Technologies is sponsoring the pod competition, contributing $150,000 for the winning prizes, the Verge reported Jan. 15.