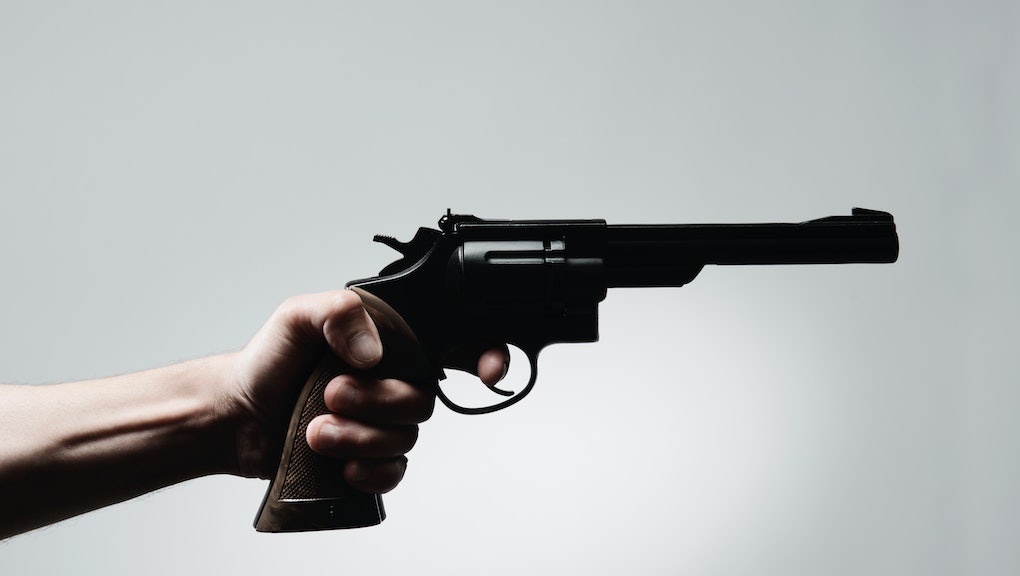 Women are more likely to be killed by someone they know in states with high gun ownership, a new study says. The paper, written by researchers at the Boston University School of Public Health, is the first to examine state homicide rates against gender, state gun ownership levels and the relationship between victim and killer.

Femicide, or homicide of women, isn't well studied. "Although four times as many men are killed by homicide than women in the United States, femicide remains a major problem — more than 2,600 U.S. women were murdered in 2014. Perhaps because femicides are less common than homicides of men, however, the rates, causes and consequences of femicide are understudied," the study's authors noted.

That was not the initial reason for this study. Researchers Michael Siegal and Emily Rothman originally wanted to know whether having more guns in society reduced the number of gun deaths by strangers. Gun rights activists often say that they need guns as a means of self-defense, so Siegal and Rothman said they expected to see low levels of gun-related homicide between people who don't know each other in states with high rates of gun ownership.

The researchers built a study spanning all 50 states and drawing on data from 1981 to 2013. Additionally, the team put in controls for a litany of variables including age, gender, race, region, urbanization, unemployment, income, education, divorce rate and alcohol use as well as for rates of nonviolent crime, hate crime, suicide and incarceration. What they found was a correlation between the scale of gun ownership in a given state and the rate at which women were gunned down, specifically by people they knew.

The study reported that for each 10% increase in state-level gun ownership, the rate at which women died as a result of gun violence in the state went up 10.2%. Therefore, the study surmises, if a state's gun ownership level were to drop, so would the number of women murdered with guns.

Men and non-stranger murders: Though researchers were also able to draw an equally strong connection between non-stranger gun-related homicide and gun ownership in a state for men, when race, economic situation, region, incarceration and 12 other variables were accounted for, researchers found that gun ownership alone could not predict the percentage of men killed by firearms in a given state. But with those same controls applied to gun-related deaths for women, researchers found that rising rates of gun ownership correlated with rising rates of femicide. This means researchers could use changes in the rate of gun ownership in a state to accurately predict across a spectrum of factors the rate at which women were killed with a gun by someone they knew.

Note, however, that the study falls short of saying that a higher rate of gun ownership in a state causes a higher rate of female mortality in relation to gun violence. While higher gun ownership rates may be linked to an equivalent rise in gun-related femicide, a rise in gun-related femicide does not necessarily cause people to buy more guns. Still, the study argues that the link between femicide and gun-ownership shouldn't be ignored.

Next steps: Siegal says there need to be more studies in order to better inform policy makers so they can create laws that limit gun-related homicide. Unfortunately, it's really hard to get funding for gun-related studies and that is why there is currently a paucity of data on gun ownership, according to Siegal.

"The CDC for the past couple of decades has been under an order from the Congress that they are not allowed to do any kind of advocacy for gun control," Siegal told Mic. As a result, he says, the Centers for Disease Control and Prevention has shied away from funding or carrying out any study related to guns. "I think they're afraid that if they even begin asking questions about guns, they're going to come under attack from the gun lobby and they're going to lose funding."

In lieu of this data, Siegal and Rothman have developed a proxy for quantifying gun-ownership. By combining the rate of suicides committed with a gun with the rate of hunting licenses in a state, they've been able to estimate the gun ownership rate in a state to a very reliable level. Using this same database, Siegal wants to begin researching individual state gun laws to examine what legislation has worked to reduce homicide rates over the course of the same time period used in this current study. For instance, he notes that while reducing gun ownership in a state may reduce non-stranger firearm-related homicide of women, it may not affect non-stranger related gun fatalities. To understand gun related-homicide of strangers, Siegal says, there needs to be more research.

Still, conducting future studies may be difficult. His study is currently unfunded.

"Where we are now is kind of where we were with tobacco several decades ago. Where the tobacco industry was really suppressing information and suppressing research and using its big lobby power to prevent congress from doing anything," Siegal told Mic.