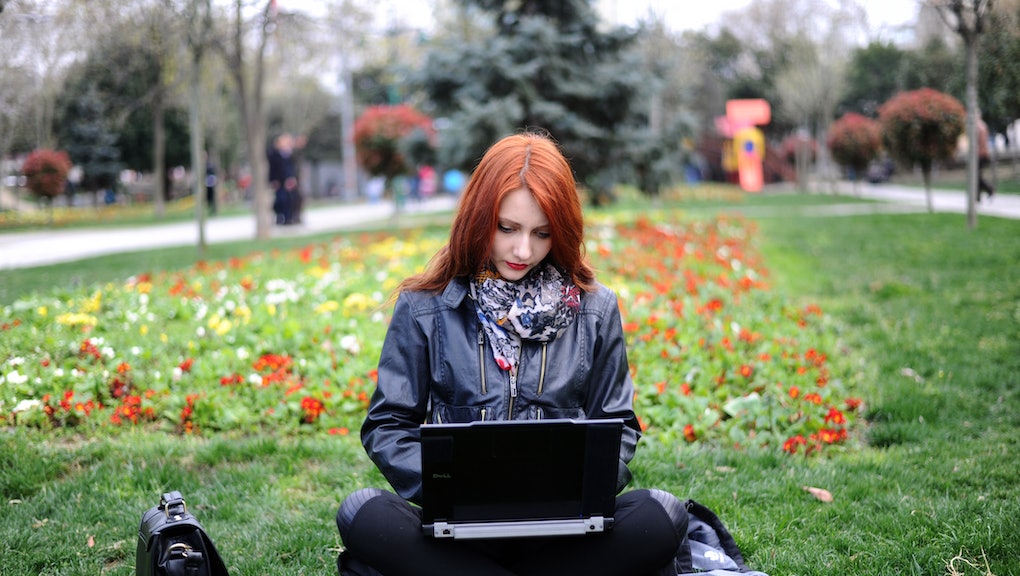 The internet may feel free, but it certainly isn't. The only way for most people to get it is through a giant corporation like Comcast or Time Warner Cable, companies that choke your access and charge exorbitant prices.

In New York City, a group of activists and volunteers called NYC Mesh are trying to take back the internet. They're building something called a mesh network — a makeshift system that provides internet access. Their goal is to make TWC totally irrelevant.

How it works: Mesh networks start with one internet connection, which broadcasts that connection to another router and then jumps from router to router until it builds a whole web of "nodes." Each node is its own access point where you can log onto the internet like any other Wi-Fi connection.

In New York, NYC Mesh has about 40 of these nodes installed, and for the cost of the router (about $30), volunteers will come by and climb trees or rooftops to wire up a new node for anyone who wants to host one.

Mesh networks aren't just a makeshift version of a mainstream internet provider — they're an opportunity to create something more free and resilient. Mesh networks like the one in Red Hook, Brooklyn, are built so that if Time Warner broadband goes down in the area, mesh users still have internet access. What mesh networks need are new nodes that can daisy-chain out to existing nodes to reach places where traditional Wi-Fi hasn't gotten to. And in some parts of the world, this is already happening.

A global revolution: Mesh networks caught fire during Hong Kong's Umbrella Revolution, a student-led protest movement in 2014. During the protests, the open internet wasn't safe: Chinese government was deleting mentions of the sit-ins online, wiping posts from Chinese sites and blacking out CNN's news coverage of the movement.

So the protesters used an app called Firechat, which turns every phone into a node by linking them all together over Wi-Fi and Bluetooth to communicate. Tens of thousands of protesters at a time were organizing anonymously, without the use of an established cellular network where they could face censorship.

Mesh networks aren't just used for subverting government censors and telecom giants. They can also bring the internet to those who don't have a national broadband infrastructure.

To bring the internet to Spanish farmland and blow past telecommunications giant Telefónica, a Spanish NGO created guifi.net, the world's largest mesh network with over 30,000 nodes. In Germany, the Freifunk initiative helps people create free local networks where there are few public Wi-Fi access points.

If a storm or flood wipes out existing cable infrastructure, or knocks out the broadband in an area, a mesh network of rooftop nodes and home routers could bounce the signal along through the air, unhindered.

The people's provider: NYC Mesh has the potential to be the internet provider of the people, but there's one problem: If you trace back the internet connections through the nodes to their root, you'll eventually reach the source of the network, which is — guess what — a Time Warner Cable connection.

"Everyone seems to hate Time Warner; that's the thing that unifies the city," NYC Mesh organizer Brian Hall told Motherboard. "It's going to be a while before we replace Time Warner, but there's some hope of it happening."