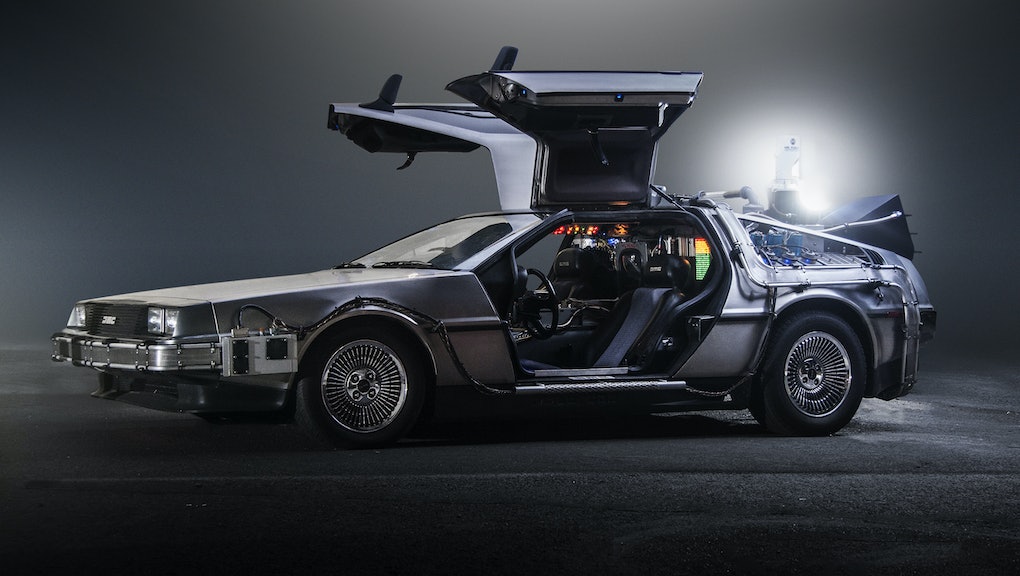 The DeLorean DMC-12, the car famously converted into a time machine in the Back to the Future franchise, is re-entering production after three and a half decades.

Timing of the announcement is just about perfect: On Oct. 21, 2015, film geeks celebrated Back to the Future Day — the exact date to which Marty McFly traveled in the second installment.

The Texas-based DeLorean Motor Company is restarting production of the sports car and has enough supplies to produce approximately 300 new DeLoreans at its facility, reports KPRC.

The Verge reported the new DeLoreans will pack between 300 and 400 horsepower, an upgrade from the original model's "rather pokey" 130 horsepower engine — which means you'll hit that 88 mph mark in no time. (Unless you're, ya know, chicken.)

The new cars will likely be in hot demand thanks to the originals' fame and rarity. Only 9,000 were ever produced.

But when the car was made in the early 1980s, it was plagued with production problems, including poor build quality and acceleration. The DeLorean company closed shop in 1982 when its founder, John DeLorean, was charged with attempting to sell 220 pounds of cocaine as part of a plot to save the business. He was ultimately acquitted, but the damage to the company was already done.

News of the DeLorean's revival comes hot on the heels of another announcement relevant to fans of Back to the Future's retro-tech aesthetics. In December, ARCA Space Corporation released videos purporting to show the world's first commercially available hoverboard (though, like the DeLorean, it looks expensive and impractical).