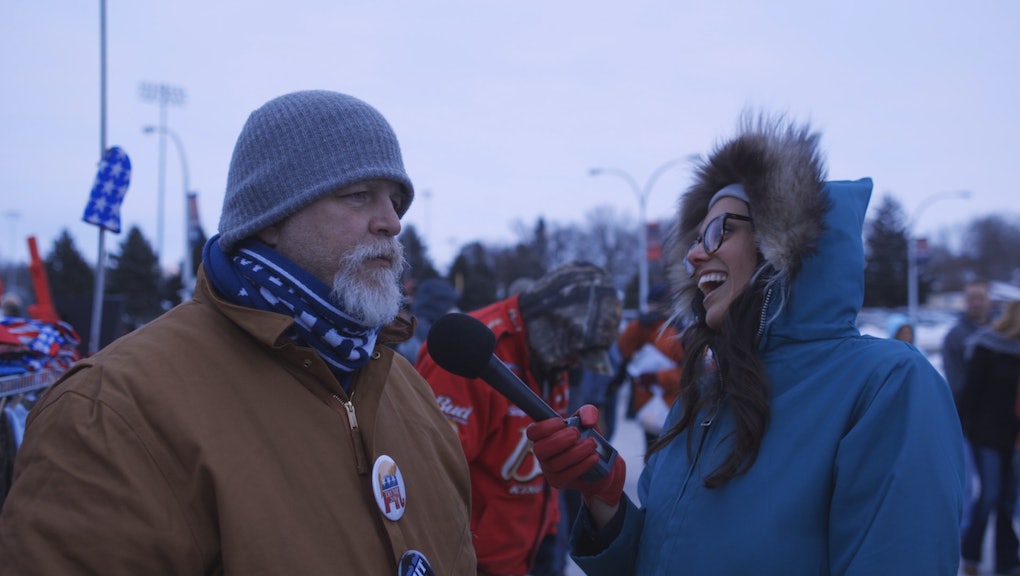 MARSHALLTOWN, Iowa — "I have the most loyal people," Donald Trump said at a rally in Iowa on Saturday. "I could stand in the middle of Fifth Avenue and shoot somebody, and I wouldn't lose any voters, OK?"

To find out just how "incredible" and "loyal" Trump's supporters are, Mic went to a rally in Marshalltown, Iowa, on Tuesday and asked people outside one simple question: "Would you support Trump if he shot someone on Fifth Avenue?" The answers were fairly consistent with what Trump predicted: People would still vote for him.

The first person we spoke to said, unequivocally, "Yes. Yes."

A second supporter we encountered, a man selling Trump merchandise, couldn't entertain the thought of Trump shooting someone, until we told him Trump was the one who floated the idea in the first place. Then, things got weird.

To be fair, not all Trump supporters agreed.

One young man brought up conspiracy theories about the Clintons:

Of course, this is but a short glimpse into the complex and diverse world of Trump supporters. The Trump universe is vast and multifaceted, as shown in a CNN special report showing the variety of opinions and positions of 150 Trump supporters in 31 cities.

On Tuesday, we also encountered some people at the rally with a different set of thoughts on Trump's positions, especially when it comes to immigration.

Nonetheless, it shouldn't come to a surprise that many Trump fans would support him no matter what he does or says. They've stuck with him throughout this tumultuous campaign, and his support has increased with every new provocative statement he has made.

Thankfully, shooting people on Fifth Avenue hasn't been a "New York value" since at least the 1970s.