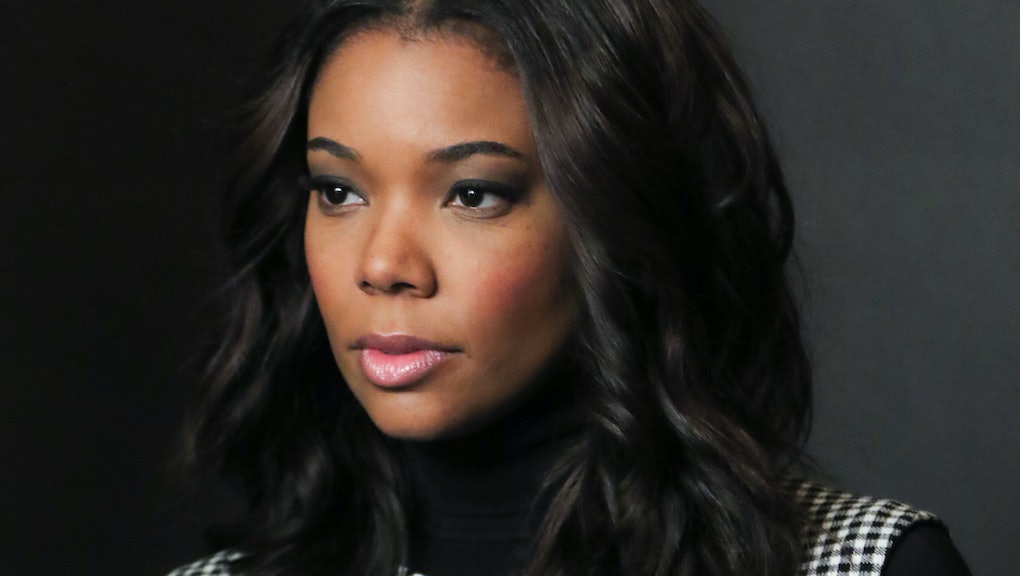 Freshly crowned shade queen Gabrielle Union fired up the internet Tuesday with her brusque takedown of Stacey Dash. But it's her other act of political rectitude that may have a more lasting impact on fans this week.

Union has a background role in The Birth of a Nation, the Nate Parker-directed slave revolt drama that was recently purchased at the Sundance Film Festival for a record $17.5 million. The 43-year-old plays an unnamed woman enslaved on the plantation where Nat Turner — played by Parker — eventually stages his infamous 1831 rebellion.

When Vulture asked whether she had any lines in the film, Union gave a powerful response:

"[The character] had lines in the script, but Nate and I discussed her not having any," she said. "As a sexual-assault survivor myself, I didn't want her to have any. It's just more symbolic of the lack of control or power that black women had, and have, over our own bodies."

She went on to explain, "As a rape survivor, I know how ... voiceless I felt myself for a very, very long time, and the shame and the rage. It's only relatively recently that I found the power to have a voice. But part of that comes with the entitlement of celebrity. Our ancestors were never afforded a voice, so to me it was important that she stay voiceless so you really get that they didn't have one."

Union has been outspoken about her experiences with rape and sexual assault for much of her professional life, and regularly advocates for other victims. But the intersecting challenges of being black, a woman and a survivor assume added weight in the context of American slavery and its legacy.

In one notorious case, a 19-year-old slave woman named Celia clubbed her owner to death in Missouri after five years of being raped by him repeatedly.

Under the threat of beatings, an "enormous" number of enslaved black women became "concubines" for their white masters during the 18th and 19th centuries. Out-of-wedlock children, who would then often became slaves themselves, were common products of such unions across the South.

In one notorious case, a 19-year-old slave woman named Celia clubbed her owner to death in Missouri after five years of being raped by him repeatedly. She was found guilty of murder and hanged in 1855, but not before giving birth to his stillborn child in prison. That's just one story.

It is on behalf of women like Celia — and countless others who were unable to fight back — that Union's role in The Birth of a Nation was designed. Her character's symbolic silence adds another powerful component to a film that, by all accounts, has received some of the most resounding praise from audiences at this year's Sundance.