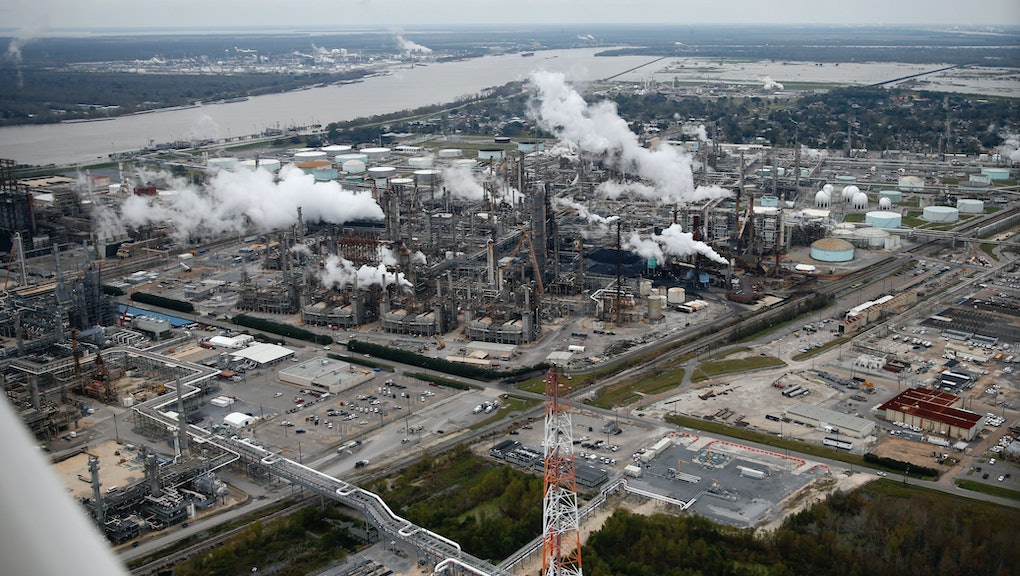 How Can We Stop Global Warming? 4 Changes We Can Make to Help Us Now

In a promising step, leaders from 195 countries agreed to lowering greenhouse gas emissions as a means to lower the planet-wide global warming epidemic in December. The agreement occurred during the annual United Nations Conference on Climate Change, and the hope is that the countries will abide by the new, legally binding contract set to reduce pollution from fossil fuels in the atmosphere — a primary factor in Earth's rising global temperature, according to the forum's website.

These changes, among others on a global and local scale, can help prevent what the increasingly daunting task of keeping global warming under 2 degrees Celsius.

Driving greener cars: It sounds simple, but it's true. By purchasing a hybrid or electric car, you'd not only help the environment by using less gas (and in turn, fewer carbon emissions), you'd also save yourself a fair amount of money. According to the Natural Resources Defense Council, a 40mpg car would save a car owner roughly $3000 over its lifetime when compared to a car that rates 20mpg.

Thankfully, more electric car options are becoming available on the market, widening the choices beyond just the likes of the Toyota Prius and Chevy Volt.

The best ways to limit widespread deforestation is through the companies that use, of all things, palm oil — which is derived from trees. According to the UCS, palm oil is a widely popular ingredient in a variety of products, such as baked goods, ice cream and shampoo. In other words, a lot of brands find it to be a valuable resource. However, if companies making these products were to implement deforestation-free policies, it could balance the scales and provide a competitive market for greener palm oil.

General Mills and Colgate-Palmolive are two large, noteworthy companies that have already penned deforestation-free policies for their palm oil sourcing.

Pulling carbon out of the atmosphere: It might seem far-fetched, but the concept of pulling existing carbon out of our atmosphere is, at the very least, a serious consideration. The U.N.'s Intergovernmental Panel on Climate Change is hoping for technological advancements to combat these effects before the turn of the century, according to Vox. Thus far, the IPCC has conceded that it is an unproven concept. However, the hypothetical results are promising.

"What if, for instance, we grew trees that sucked carbon dioxide out of the atmosphere," Brad Plumer wrote for Vox. "Then we burned those trees for fuel. But instead of letting the carbon dioxide from those trees go back into the atmosphere when we burned it, we captured the emissions and pumped them underground? Voilà: That whole process would, in theory, be 'carbon-negative.'"

The reality, however, is that the technological advancements would likely be costly, which is not enticing for the global economy. "The problem is that none of this technology exists or, where it does as in the case of CCS, has not been deployed at a large enough scale, because it costs much more than the alternative: freely polluting the atmosphere," David Biello wrote for Scientific American.

Progressive government policies: Considering that the IPCC has estimated the Earth's rising temperature could cost between $70 and $100 billion a year, it would make financial sense for governments to try and agree on bipartisan solutions to global warming. Of course, especially on Capitol Hill, that's easier said than done.

"Given the current political situation in Washington, it is unlikely that any broader national climate policies will emerge from Congress in the near-term future — continued and growing public demand for climate action will be essential to enact effective global warming solutions in the years to come," according to the UCS.