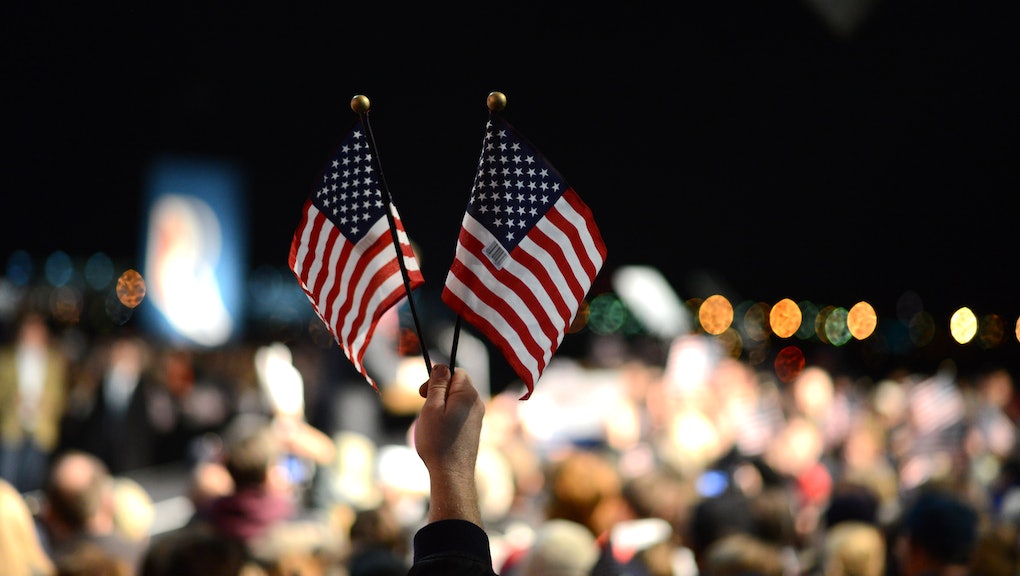 After months of speculation about the most unorthodox and outlandish presidential campaign in recent memory, every political junkie and pundit will finally have their grand theories put to the test as Iowans caucus on Monday in the first contest in the presidential nomination process. From this week through June, voters in every state in the nation will take turns selecting their preferred Democratic and Republican presidential nominees before the formal selection of candidates at the party conventions in July.

The Iowa caucuses and the New Hampshire primaries are the first two nominating contests of the season, and their outcomes will serve as a crucial bellwether for candidates' long-term prospects. Later in February, South Carolina and Nevada, which have dramatically different demographic profiles and political cultures than the first two states, will serve as key tests for the remaining White House hopefuls. Once March begins, dozens of states will join the fray and the race will unfold at a much more rapid pace.

The end goal is simple: determine which candidate is most preferred by a party's supporters. But how it's actually executed is far more complicated. There are differences between primaries and caucuses. Scheduling is an important element of the primary dynamic. Votes are technically cast not for candidates but for delegates — party members who vote for candidates at the national conventions.

As Iowa gets ready to kick the 2016 campaign into high gear, here's the quick rundown on what you need to know about how it all works.

Why do we have the system we do?

A common critique of the modern presidential nomination process is that it's undemocratic, given that the populations of the first two states — Iowa and New Hampshire — are very white and politically idiosyncratic. However, the way the process unfolds today has its roots in policies that were intended to make the system far more participatory than it ever was in the past.

Since the early 19th century, local caucuses, or political party meetings, served as a way for selecting delegates to attend a party's national convention, where insiders would select a nominee. Conventions were defined by backroom politicking — state and party elites were largely free to handpick delegates without much say from ordinary voters.

That changed after the turbulent Democratic National Convention of 1968 in Chicago, during which leftist anti-war protesters clashed with police and the party was very evidently in disarray. As the party attempted to tie the disparate elements of their base together, it undertook reforms which wrested control from state and party elites and handed it to the voting public. Delegates were now to be chosen by rank-and-file party members through elections. The reforms to the party nomination process were initiated by Democrats, but as they became part of state law, they became binding for Republicans as well.

What's the difference between a primary and a caucus?

Caucuses were once the main way in which nominees were picked, but they came to be replaced by primaries over the course of the 20th century, and surged in the wake of the reappraisal following the 1968 convention. Now a vast majority of nomination contests in the United States are primaries.

But what's the difference?

Voting at a primary is much like voting in the general election. Citizens go to a state-run polling station and cast a secret ballot for their preferred candidate for a party. Some of these contests are "open primaries," meaning voters can participate in a party's election regardless of their own party affiliation. Others are "closed," meaning that a voter can only vote for a candidate in the party they're registered with — only registered Democrats can vote in a Democratic primary, only registered Republicans in a Republican race. There are also semi-closed primaries — unaffiliated voters can vote for whichever party they wish to, but voters registered with a party can only vote for candidates within their party.

Voting at a caucus is more than just voting — it's participating in a local party meeting. These contests are run and funded by the party, not by the state. People registered with a party cast their votes for their preferred presidential candidate, but they also vouch for their preferred candidates, talk about the party platform and elect local party leaders. The meeting can take hours, and while they can be open or closed like primaries, they tend to be smaller and attract people who are deeply committed to a party and less ideologically moderate than the general electorate. Because of their relative complexity, caucuses are considered a test of a campaign's organizing strength.

Here's a short rundown of how the Iowa caucuses in particular work:

How does the delegate system work?

Presidential nominees are decided by delegates, not individual voters.

On the Democratic side, the winning nominee must secure a majority of the roughly 4,800 delegates who will be at the Democratic National Convention in July. Most those delegates will be chosen by the primary and caucus process, in which delegates who are pledged to candidates are awarded based on the results in each state, assuming candidates clear a certain threshold of support.

Several hundred of the votes at the national convention come from so-called "superdelegates" — party officials and elected members of the party, such as members of Congress, who are free to throw their support behind the candidate of their choosing. Their candidate endorsements typically serve as a useful barometer for what the party establishment thinks of the electability of candidates. While they can choose whom they support freely, historically they've not shown any signs of defying voters' clear choices.

For the Republicans, the presidential candidate needs more than half of about 2,500 delegates at stake. Before March 15, delegates are awarded proportionally, meaning a candidate can lose the election but still win delegates. In the nomination contests on March 15 and afterwards, many states are winner-take-all, meaning the statewide winner receives all of the state's delegates. The winner-take-all dynamic will likely accelerate the process by which a clear victor emerges.

So when will we actually know the winner?

Iowa won't decide anything on its own. On the Republican side, the results in the Hawkeye State could winnow an extremely crowded field — conventional wisdom dictates that the top three candidates are the best positioned for New Hampshire and subsequent primaries. On the Democratic side, a come-from-behind victory for Sen. Bernie Sanders would make his unlikely rise to popularity all the more real, and fuel greater interest in him in the following states. But it's important to remember that since 1972, only three non-incumbent candidates who won Iowa have gone on to clinch the nomination.

Due to the proportional nature of delegate allocation on the Democratic side and among the early states for the GOP, it's impossible to predict when a clear victor will emerge, but it should be in the spring — most likely by the end of April. But again, these things are difficult to predict — in 2008, the drag-out fight between Hillary Clinton and Barack Obama lasted until June.

Indeed, anybody who claims to know how the primaries will play out is at best making an informed guess. In an election cycle that has already seen assumptions about unlikely candidates discarded again and again, a little humility is well-advised.