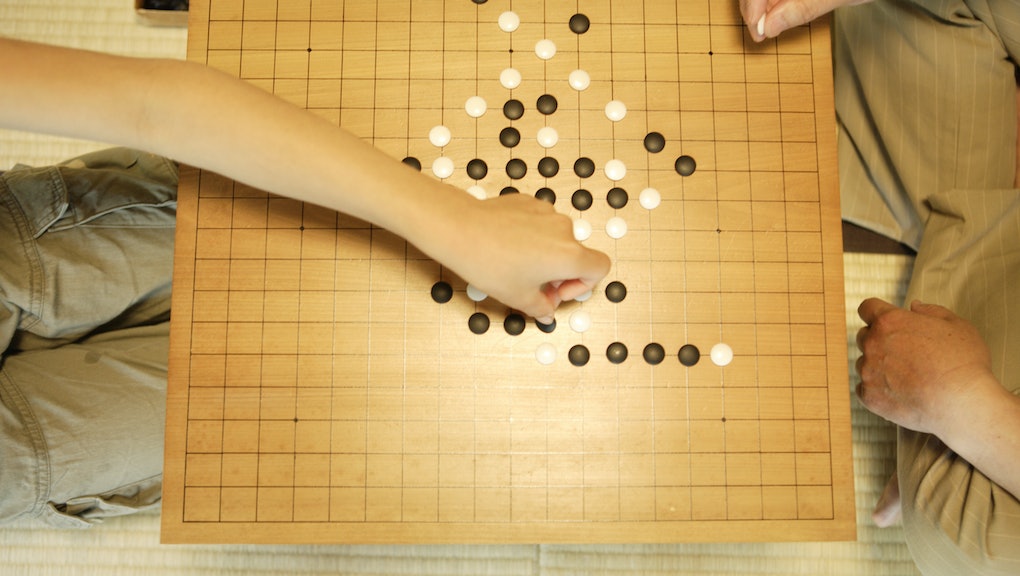 Computers Have Conquered the Game of Go, Geniuses Everywhere Overturn Their Boards

They can clean our homes, replace our friends and — if you ask James Cameron — potentially terminate us. Now, thanks to the good people over at Science, computers can now beat us at our own games — literally.

A team of researchers at Google now say they have created a computer program for the ancient game of Go that can defeat even the most accomplished human opponent. If true, it could represent a major breakthrough in the evolution of artificial intelligence.

Go originated in China roughly 2,500 year ago and is said to be a favorite of Chairman Mao, who had his generals study it. The game requires players to encircle his or her opponent's piece with pieces of the opposing color. The game presents a dizzying array of possibilities as it progresses, with some even speculating that it presents more board configurations than atoms in the universe.

"It's [a] real milestone and surprise for me how quickly things have happened," Martin Muller, a professor at the University of Alberta and Go expert told the Washington Post. Muller also lauded the growth of Google's understanding of the game. "[They] have these new ideas and they showed they're very effective."

The computer, called AlphaGo, is now gearing up to play Lee Sedol, the world's No. 1 player in Seoul, South Korea, in March.

Even if Sedol is triumphant, the milestone is already being compared to historical moments when computers successfully triumphed over human opponents in chess and checkers. IBM's Deep Blue defeated Russian chess grandmaster Garry Kasparov in a famous matchup in 1997.

But it's not the first time computers have taken down the world's celebrated board gamers. While the reigning emperor of checkers, Marion Tinsley managed to take out IBM's Chinook computer in 1992, he was only able to fight the machine to a draw in 1994 before dying of pancreatic cancer. In 2007, checkers was officially declared "solved" — today, no human player can defeat Chinook and a perfect game will result in a draw. (Up for a futile challenge? Play against Chinook here.)

Sedol says he's confident that human Go players will not be swept away — at least for now. "I am confident that I can win at least this time," Sedol said in a statement to the Post.