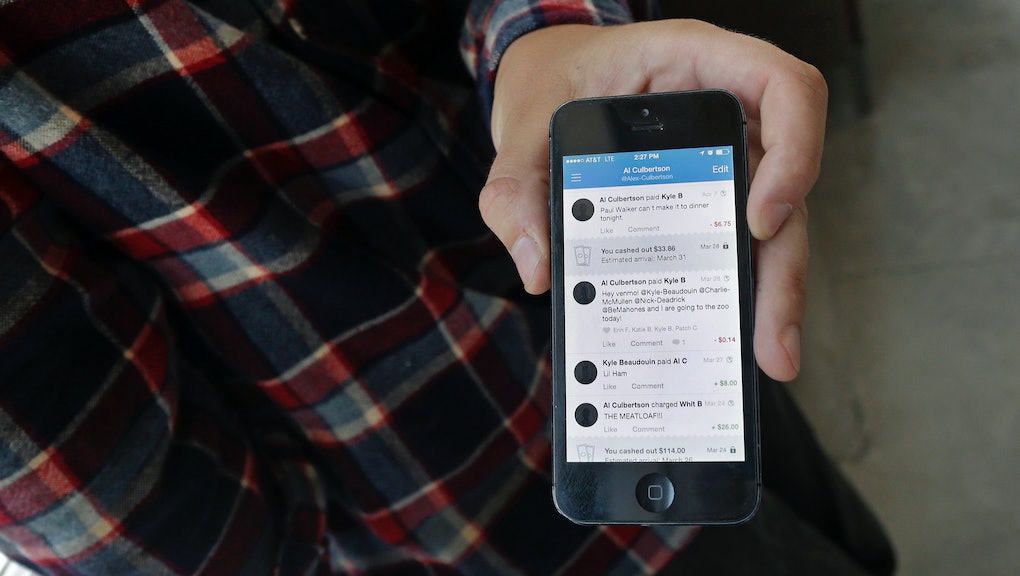 You Can Now Pay for Stuff With Venmo

Like paying your friends with the app Venmo? You'll now be able to use it to pay for goods and services too.

Venmo's parent company, PayPal, announced during its fourth-quarter earnings release that Venmo will allow users to make purchases in iPhone mobile apps. Initially, only a selected group of users will be able to try the new function. The launch partners are on-demand dinner-delivery app Munchery and ticket-ordering app Gametime.

In addition to payments, users will be able to split bills with other users on apps that choose to have this service, so they can share the cost of a meal or ride.

How does it work? When it's time to pay, the app will offer you the option to "Pay with Venmo." If you select it, your Venmo account will automatically be connected. It works the same as "Pay with PayPal," a button that appears in participating smartphone apps, which lets you pay with your PayPal account.

PayPal alluded to expanding Venmo's uses at the end of last year. Though Venmo has tested a payment button before, this its first official rollout. While only a few Apple users will be able to access "Pay with Venmo" as a way to make purchases for now, the company says it plans to open up the feature to Android phones soon.

This new feature stands to affect a lot of people, an increasing number of whom are shopping on their phones. While PayPal hasn't said how many people use its app, it has revealed how much money flows through it. From October through December, the company processed $2.4 billion worth of friends paying each other back  — up 174% from the same time last year.

Furthermore, "Pay with Venmo" paves the way for the company to open up the app to a whole host of other uses, like covering dinner at a restaurant or a physical store — the same functionality that Apple Pay purports to offer. The difference is, we don't know how much money is moving through Apple Pay, and some companies have estimated that the service gets little use, whereas enough people are using Venmo to move $7.5 billion in 2015, a representative from PayPal confirmed to Mic.

Where will "Pay with Venmo" will appear next? Look to PayPal's existing relationships. PayPal already works with companies like Uber, Casper, Hotel Tonight and TaskRabbit, giving Venmo easy access to the on-demand space. In short, the future of paying for things may lie in the very app you use to send cash and a taco emoji to your friends for your share of takeout.