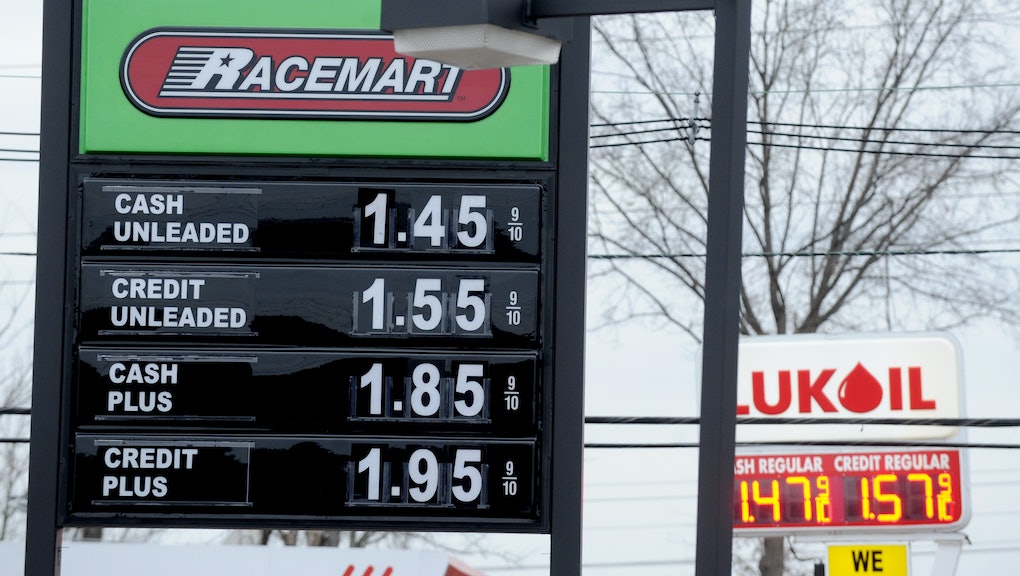 Why Are Gas Prices So Low? Here's What's Happening With Oil Prices

Drivers who regularly shell out big bucks to fill up their tanks may have noticed recently that gas prices are unusually cheap right now. In fact, Reuters reported Monday that gasoline prices had hit a seven-year low. The lowest prices in the United States were in Tulsa, Oklahoma, where the average price was $1.48 per gallon, Reuters reported. So what is driving the low prices at the pump?

The answer lies in the cost of crude oil, which has dropped in value to "around $32 a barrel on Wednesday," the New York Times reported. The low cost of crude oil has driven down not only gasoline prices, but the cost of "diesel, heating oil and natural gas" as well, according to the Times.

The reasons for the declining cost of crude oil are varied, but contributing factors include more domestic oil production in the United States, increased oil production in other countries, like Canada, and greener cars that use less gas, the Times reported. Basically, it's a classic situation of more supply and less demand.

Of course the low cost of oil hasn't escaped the attention of social media users, who have pointed out that a barrel of oil is about the same price as, among other things, a dinner at Olive Garden or a freshly caught salmon.

At this rate, we should probably start investing in barrels.