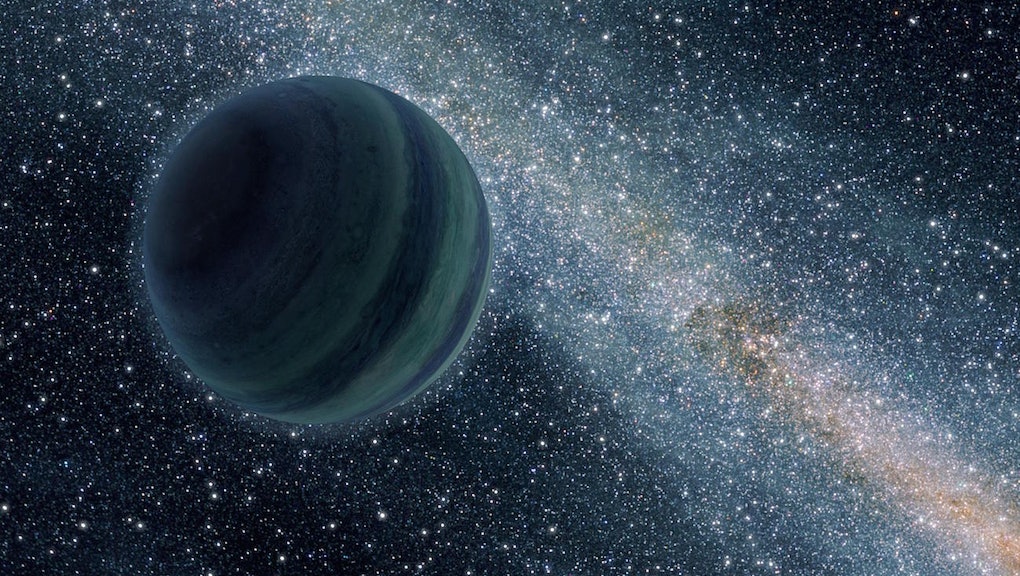 Science has discovered a solar system much larger than our own — much, much larger. On Tuesday the Royal Astronomical Society announced that a team of scientists from the U.S., the U.K. and Australia had linked a hulking planet — 2MASS J2126 — to a star called TYC 9486-927-1. The star sits some trillion kilometers away from 2MASS J2126, or 7,000 times as far as we are from the sun. The planet is thought to be between 11.6 and 15 times the mass of Jupiter.

"This is the widest planet system found so far, and both the members of it have been known for eight years," the paper's lead author, Niall Deacon, said in the announcement, "but nobody had made the link between the objects before. The planet is not quite as lonely as we first thought, but it's certainly in a very long-distance relationship."

With his subtle relationship wordplay, Deacon is referencing 2MASS J2126's previous status as a lonely planet — a rogue world without a star to circle, which instead floats freely around the Milky Way. 2MASS J2126 would, the announcement said, take about 900,000 Earth years to complete one orbit of its "sun." The two are so far away from one another that no one had ever connected them.

But now that we know about this tremendous, if mostly empty, solar system, another question arises: Might this formerly lonely planet be home to extraterrestrial life? In a 2014 episode of Cosmos: A Spacetime Odyssey, Twitter-savvy astrophysicist Neil deGrasse Tyson discussed lonely planets.

"They're orphans, cast away from their mother stars during the chaotic birth of their native solar systems," he said. "Rogue planets are molten at the core, but frozen at the surface. There may be oceans of liquid water in the zone between those extremes. Who knows what might be swimming there?"

In order for a planet to support life, it needs water. Some lonely planets might have that, if they're shrouded in an insulating layer — like ice or atmosphere — thick enough to trap the heat generated at their cores. But the RAS thinks that the chances of 2MASS J2126 hosting alien life are slim.

"There is little prospect of any life on an exotic world like this," the announcement said, "but any inhabitants would see their 'sun' as no more than a bright star, and might not even imagine they were connected to it at all."