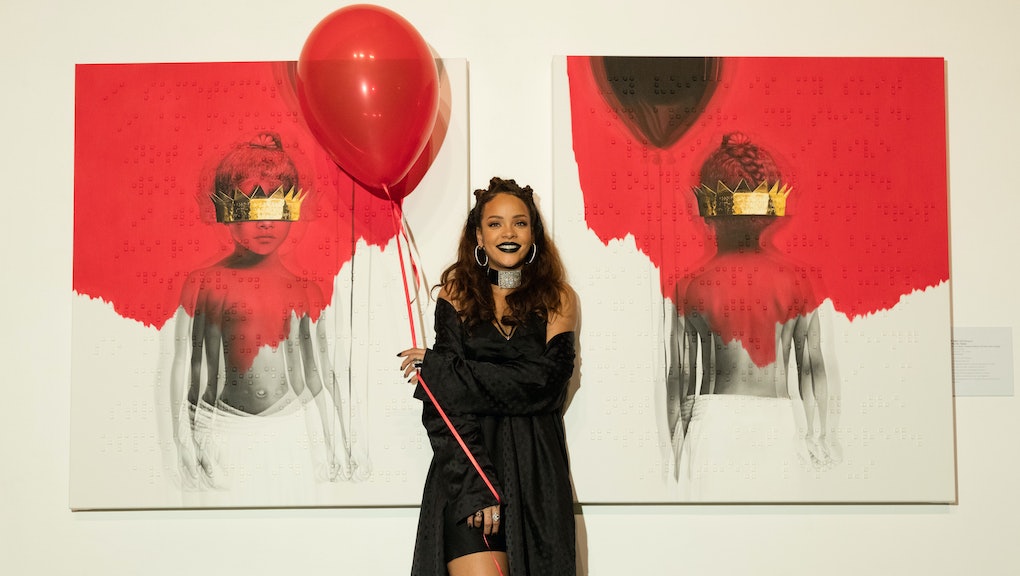 After a nearly four-year wait, Rihanna finally released her "timeless" album on Tidal Wednesday night. One listen through and it's immediately clear why the artist needed the time she did.

The albums 13 tracks — of which the world has heard one, "Work" featuring Drake, released this morning — are a vision of Rihanna at her most experimental. She's stretched into some radical new genres, most of which are difficult to specifically name. They provide a refreshing change for the Barbadian songstress.

The album's arrival comes shortly after the full record leaked online. This rapid-response release should help plug that leak for a portion of listeners — namely Tidal subscribers, who will have an exclusive stream of the service through the first week, according to Forbes.

The rest of the world will be able to download the album only after Rihanna is done giving away "a limited (but fairly high)" number of albums for free, according to a press release. They'll be distributed be to be given away on a "first-come, first-serve, regardless of whether a listener is a Tidal subscriber or not," writes Forbes.

Who will these lucky undisclosed number of people be? Those who have been following Rihanna's the rooms on AntiDiary.com, an album preview experience sponsored by Samsung. The mobile phone company is also footing the bill for these free albums, according to Forbes. The final room is open now.

The response is already overwhelmingly joyous on Twitter. Rihanna will likely own the platform — and the internet at large — for the next few days. It may have taken longer than expected to get to the party, but the party has finally started.