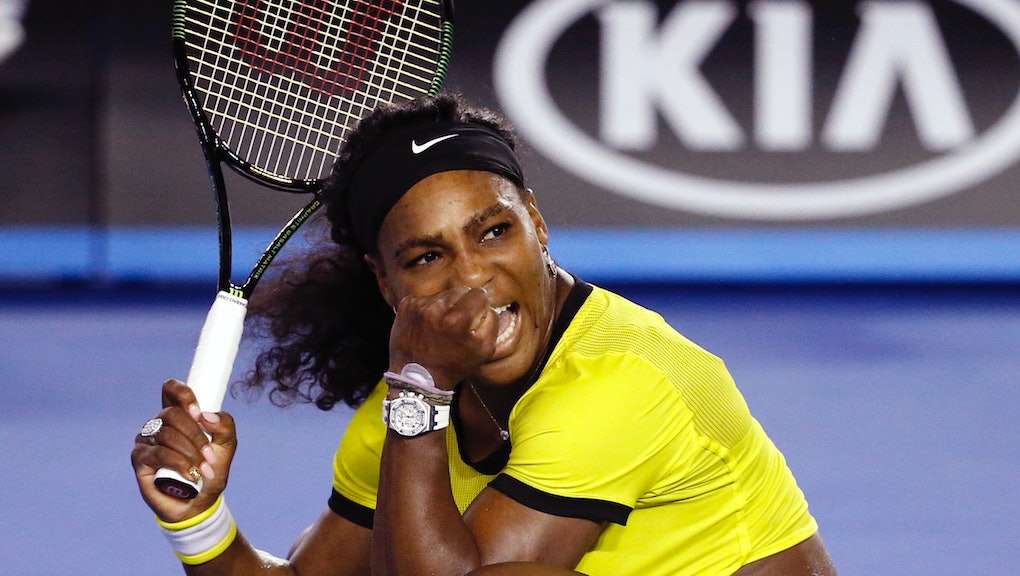 Serena Williams — the Maya Angelou-quoting, crip-walking, split-slayer of a superhero — is one step closer to tying Steffi Graf's Grand Slam championship record. After beating Agniezska Radwanska Wednesday in the semifinals at the Australian Open, she gets her chance at her 22nd Grand Slam win at Saturday's finals match against Angelique Kerber.

It's been a long and triumphant road to this point. So let's take a trip back to 1999 when Williams first stepped on the national championship scene as another powerful tennis player from Compton, California. Here are some great photos — and a gif! — from Queen Serena's reign.

2002 French Open: This was the first of five straight wins against her sister Venus.

2003 Wimbledon: This championship was Williams' last of the year. She underwent knee surgery, and her sister, Yetunde Price, was killed in September.

2009 Wimbledon: She beats her sister, after losing to Venus at the championship the year before.

2012 Wimbledon: At the Olympics, Williams pulls out her show-stopping moves and crip-walks after her win.

2013 French Open: It had been 11 years since Williams took home the win at the French Open.

2013 U.S. Open: With this win, Williams became the first woman to surpass $50 million for her tennis earnings.

2015 French Open: Williams hits a split — one of several in her career — in a win over Lucie Šafá?ová.

2015 Wimbledon: Williams wins the second Serena Slam of her career.