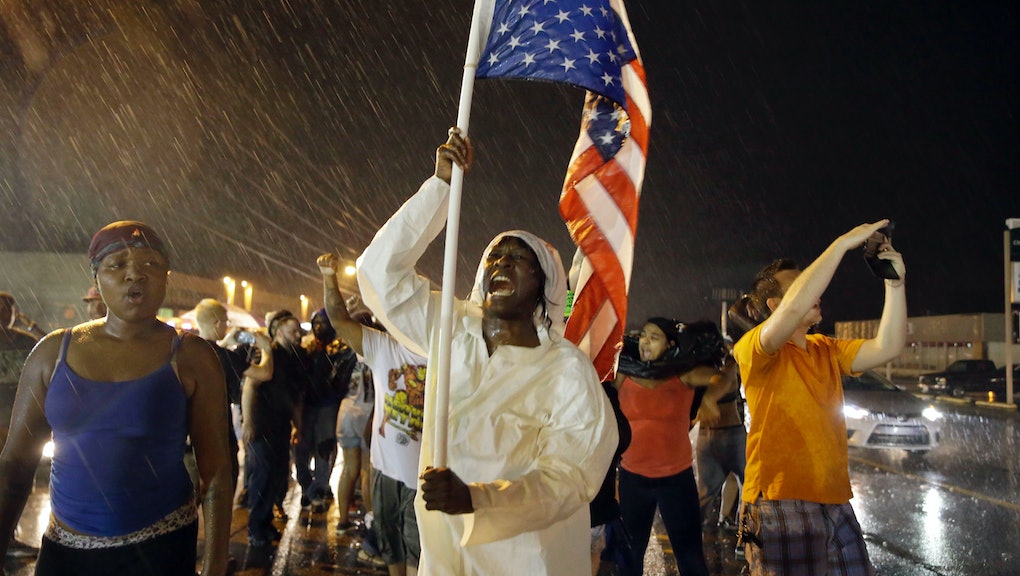 Ferguson Just Reached an Important Agreement With the Department of Justice

Another step forward for the city of Ferguson, Missouri.

After a period of negotiation, the Department of Justice has reached an agreement with city officials on the reforms that the city needs to undergo in the wake of a police shooting that roiled the city and helped spark a national movement against police brutality in 2014.

The agreement isn't binding yet — the city council must give its approval before the deal goes into effect. But the substance of the agreement represents the prospect of some fundamental changes in how law enforcement is conducted in the low-income St. Louis suburb.

If the agreement is adopted, it should change police-community relations for the better. According to the Huffington Post's analysis of the report, it would:

Mandate extensive officer training; make several revisions to the municipal code to eliminate statutes that police used to abuse the city's most vulnerable residents; force the city to actually holding its officers accountable for their actions; attempt to eliminate the profit-driven municipal court practices that plagued Ferguson's government; make the city engage with groups that have not had positive relationships with the police department; push police to focus on de-escalation tactics when using force; and protect the First Amendment rights of citizens.

The city council is expected to vote on the agreement in February, according to the Huffington Post.

Will it matter? On paper, this agreement looks like a good start to overhauling police practices in the city. Crucially, the reforms it would initiate are about much more than use of force by the police. Training officers on how to exercise greater discretion in using force is just one part of a much larger puzzle: how law enforcement can balance safety with respect and trust in the way it engages with the local community.

The suspicion that Ferguson's residents, who are predominantly black, have toward the police runs far deeper than the mistrust that stemmed from the violence that killed Michael Brown one fateful summer night.

For instance, local public interest organizations have pointed out how the criminal justice system in Ferguson has clearly sought to use overzealous enforcement of minor infractions as a way to generate revenue for the city. Its use of high court fines and fees for minor things like traffic violations has cost residents millions of dollars, and served as the second largest source of income for the city in 2013. A failure to pay them resulted in aggressive issuing of arrest warrants and jail time.

Reforms that take place under the guidance of the Department of Justice can be effective. After Cincinnati was shaken by riots in 2001 after a spate of police killings of black residents, the city entered an agreement with the Justice Department and was supervised by a federal monitor. In the 14 years since, arrest rates have declined, use of force has declined, citizen complaints have declined and crime has gone down as well. The city is far from perfect, but the opening up of channels of communication between the police and local neighborhoods and a shift in policing strategy away from arrests and toward solving underlying problems had an exceptionally positive impact on a city that still suffers from deep economic inequality along racial lines.

One important detail to take note of from the Cincinnati experience is that the agreement didn't immediately cause any meaningful change in police conduct. It took years of agitation and pressure tactics from local community groups and the federal monitor before the city saw shifts in enforcement strategy.

If Ferguson goes ahead with this agreement, it will only be the beginning of the path toward a safer and more harmonious city.