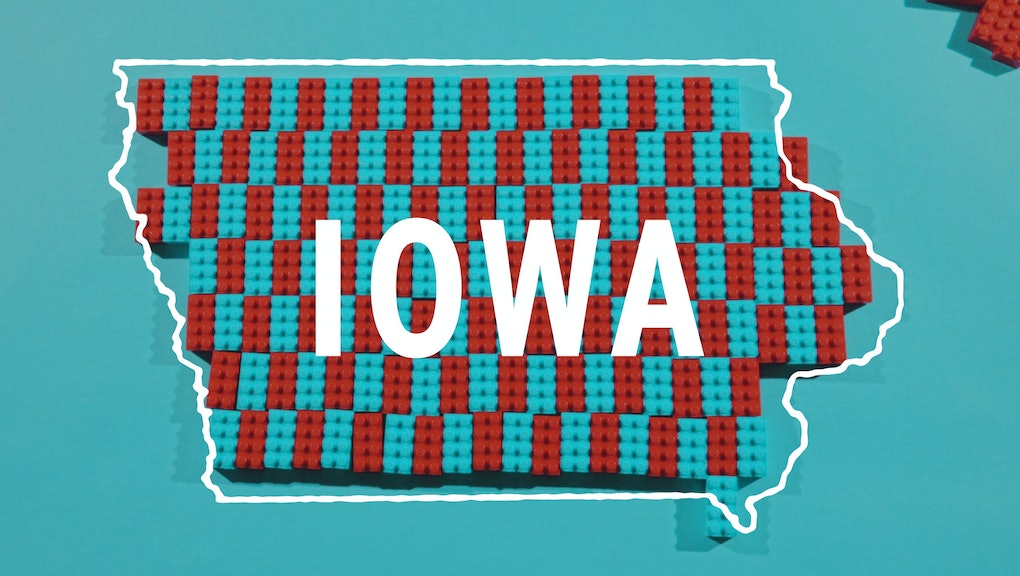 How the Iowa Caucuses Actually Work, Explained With Lego

On Monday, Feb. 1, Democrats and Republicans in Iowa will head out into the cold to decide their preference for the presidential nominees for each party.

Iowa is important because it's the first contest in the nomination process, but it's not a simple one. Instead of showing up to the polls and casting votes in secret ballots, Iowans participate in "caucuses" across the state, essentially community meetings where voters gather to make their voices heard.

There are 99 counties in Iowa, and each county is broken down into individual voting precincts, 1,681 in total across the state. Each precinct holds its own caucuses for each party where a certain number of delegates are at stake.

The caucuses are usually held in public buildings — high school cafeterias and gymnasiums, community centers, libraries and so on. Iowans show up to their respective caucus sites at 7 p.m. Central on caucus night to show their support for their given candidate.

What happens in a caucus can get complicated, and each party does their caucuses a bit differently. So we decided to break down the process — using Lego:

The winners of Monday's caucuses will enjoy a big boost of momentum and head into the New Hampshire primary with the wind at their backs. On the Republican side, national frontrunner Donald Trump is holding on to a slim lead over Texas Sen. Ted Cruz, who is mounting a formidable effort to capture the state. The Democratic race is tight too — Hillary Clinton and Sen. Bernie Sanders, of Vermont, are neck-and-neck in the latest polls in the state. A Sanders victory would be a headache for Clinton, who trails Sanders in New Hampshire, the second contest in the nominating process.

The results in Iowa will make or break candidates on both sides of the aisle, so understanding how the Iowa caucuses actually work can tell us a lot about who will eventually become the next president.