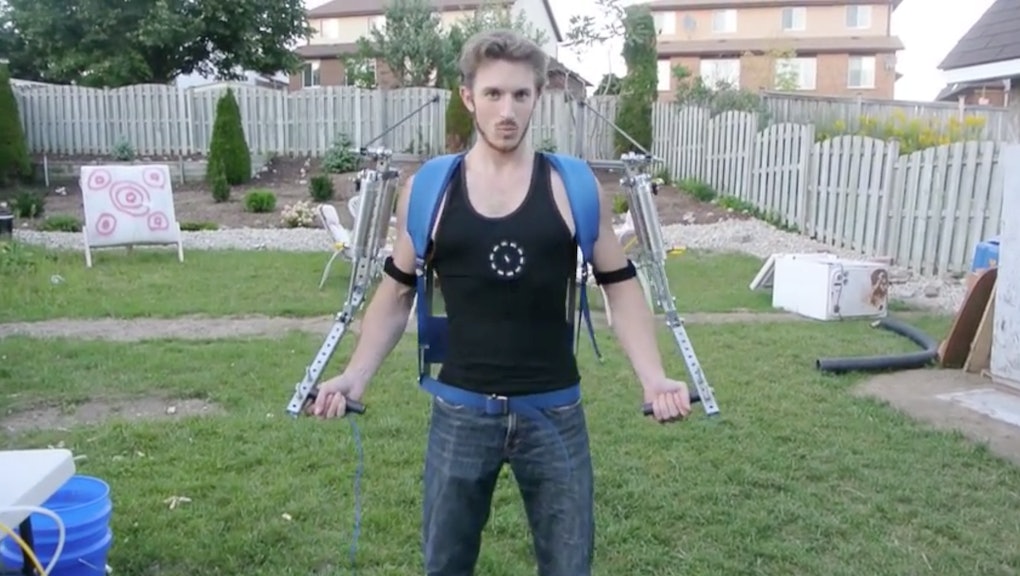 Watch This Dude Lift a 2,500-Pound Car With the Help of a Futuristic Exoskeleton

There's going to be no reason to go to the gym once we all have robot suits that can deadlift thousands of pounds.

Jason Hobson, who goes by the moniker "the Hacksmith," used a robotic exoskeleton to lift a 2,524-pound Mini Cooper off of the ground. He called it a "piece of cake."

The suit is part of Hobson's Elysium exoskeleton project, an attempt to create a full-body suit that works like the mechanical, superhuman suits in the film Elysium and the Call of Duty game series. On YouTube, Hobson has been meticulously documenting the creation of each piece of the suit, including the augmented reality helmet display, thermal vision and body armor.

It might seem vain to go through so much work just to heighten the amount you can bench, but military projects like DARPA's robotics competition are trying to develop these kinds of exoskeletons and robotics projects for use in rescue operations.

So what's next for the Hacksmith? He's decided that if he reaches a certain number of YouTube followers, he's going to attempt to create the kind of robot system that would allow him to levitate off the ground, replicating some of the lab scenes from Iron Man.

We hope he continues to survive the tests. Watch the Mini Cooper lift video below: