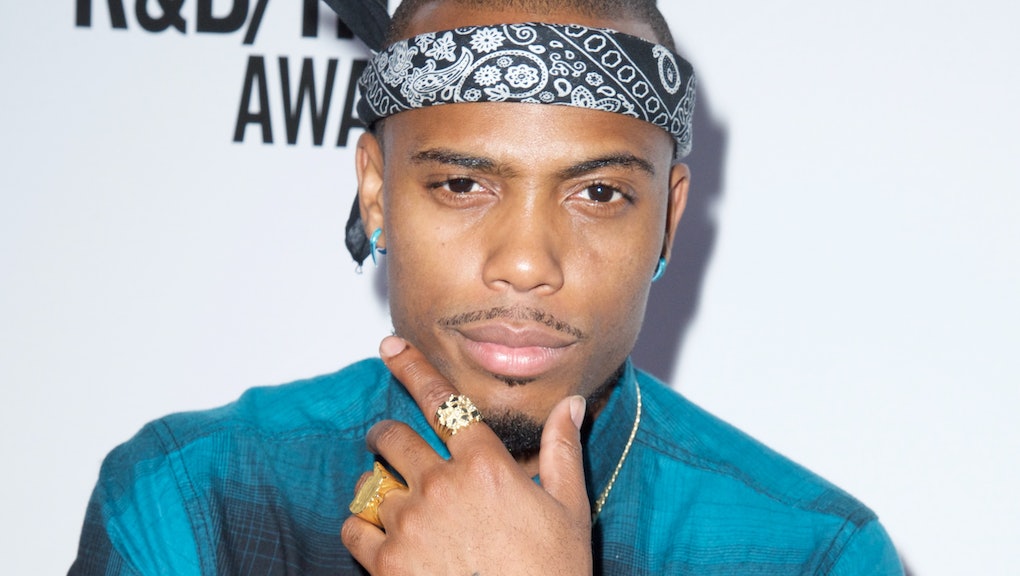 American producer and recording artist Bobby Ray Simmons, Jr., perhaps better known as B.o.B, has been ruffling feathers this week thanks to a controversial new release called "Flatline." According to its absence from the artist's Soundcloud page, it appears that the track had been removed as of Thursday evening. Yet before its removal, the track sparked outrage for evoking David Irving, the British author famous for denying that the Holocaust happened.

"Do your research on David Irving," raps B.o.B on "Flatline." "Stalin was way worse than Hitler / That's why the POTUS gotta wear a kippah /I'm a man first 'fore an artist / Get a lawyer, look up Doctor Richard Sauder?"

Perhaps unsurprisingly, the lyrics were concerning to some individuals and organizations, among them the Anti-Defamation League.

"While it is unclear whether these lyrics are meant to be taken seriously, it is nonetheless troubling that B.o.B seems to have given new life to the anti-Semitic conspiracy theory of Jewish control of the U.S. government while handing a free publicity gift to the notorious Holocaust denier, David Irving," said Anti-Defamation League CEO Jonathan A. Greenblatt, in a statement on Wednesday.

"His lyrics are irresponsible and could potentially promote anti-Semitic beliefs, especially in those people who might already be infected by such notions."

B.o.B's release also drew attention and ire for purporting that the Earth is flat, a supposition the recording artist also explored during a Twitter rant. "You fooled us for the last time / Flat line, flat line," B.o.B raps after playing sound bytes of famed American astrophysicist Neil deGrasse Tyson. "Aye, Neil Tyson need to loosen up his vest," B.o.B continues, "They'll probably write that man one hell of a check." The debacle gained enough attention that famed American astrophysicist Tyson decided to respond.

Though erasing the track from Soundcloud was an important first step, according to the Anti-Defamation League's chief, it may not be enough.

"It appears as if this song has been recently removed from the internet," Greenblatt said in his statement. "If so, that is a positive first step to acknowledging a mistake here, but it is not nearly enough."

"We hope that B.o.B will find a way to communicate clearly to his fans that Holocaust denial is unacceptable and that he will apologize for invoking the age-old conspiracy theory about Jewish control of the government."