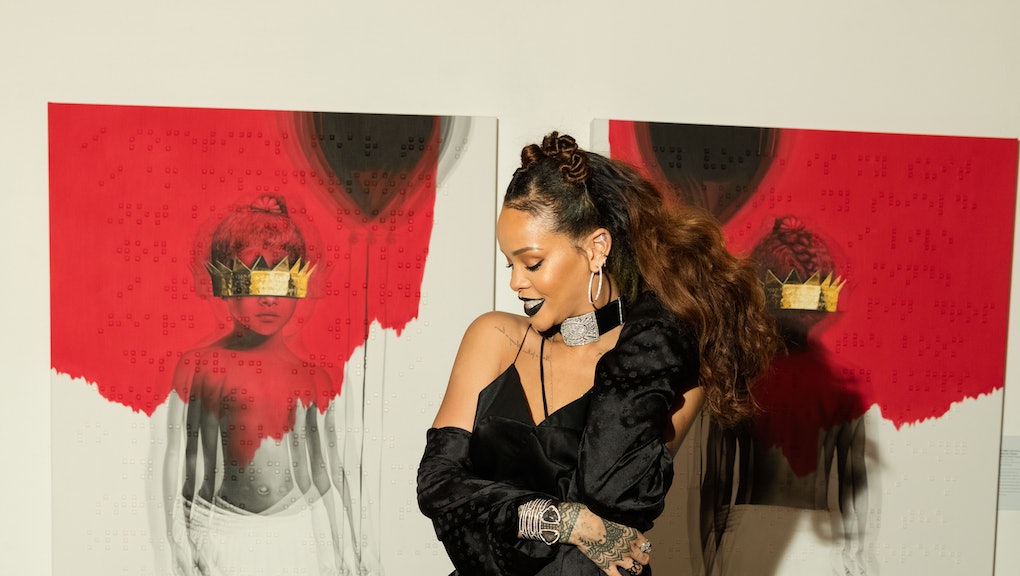 'Anti' Deluxe Version Has 3 New Tracks: "Goodnight Gotham," "Pose," and "Sex With Me"

Los Angeles Times reported Wednesday night a deluxe version of Anti would be released, featuring three additional songs: "Goodnight Gotham," "Pose" and "Sex With Me," which were all previously leaked over the course of Anti's release week.

Anti was given extensive marketing with the Samsung-sponsored #ANTIdiaRy campaign. Whether Anti's deluxe, 16-track version will actually be released on Friday, and where, only Rihanna knows.