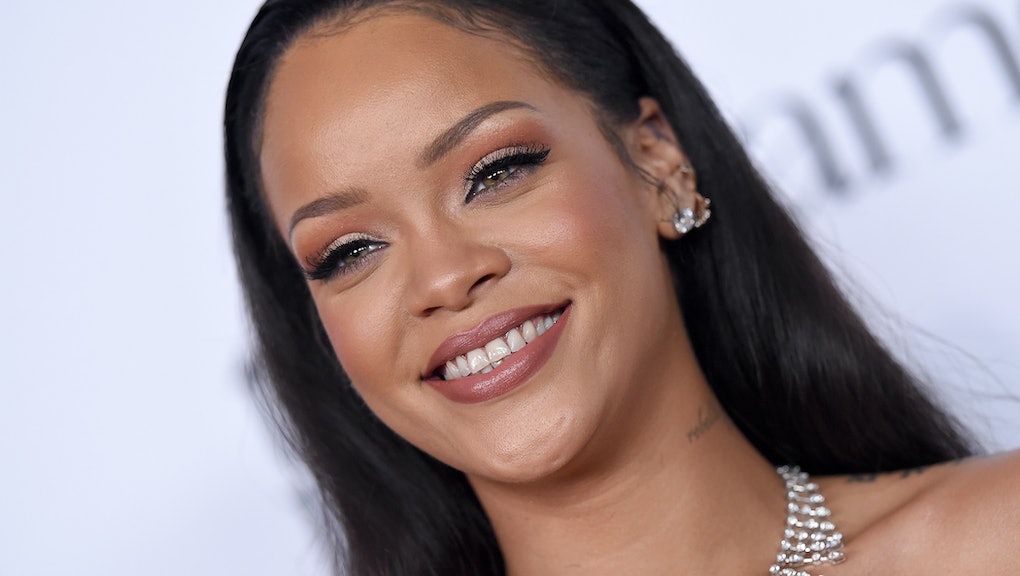 Barbadian R&B queen Rihanna appeased fans around the globe on Wednesday when she released her long-awaited eighth studio album, Anti. The record sparked a frenzy among the singer/songwriter's diehard fans, in addition to an outpouring of attention from the media. Despite Anti's sterling welcome from RiRi followers, Rihanna had a "one more thing" moment when she released a deluxe version of the LP that tacked three more tracks onto the compilation —  "Pose," "Sex With Me" and "Goodnight Gotham."

However, the release of one of those tracks, "Goodnight Gotham," caused a bit of confusion. The track may sound familiar to longtime fans of the artist, and that's because it's the new title to an old favorite track, 2014's "Only If for a Night."

The elusive track, which was also at one time titled "A Night," according to Bustle, has also appeared in a Dior advertisement that also stars the artist. The cut's absence from the original Anti track list did not go unnoticed by Rihanna's followers. Lamenting the track's supposed exclusion, one user on Twitter wrote, "I'll never recover from this heartbreak."

It's not surprising fans were confused about "Goodnight Gotham," considering the track's renaming was not widely publicized in the lead up to Anti's release. Yet, in including a re-worked version of the cut, Rihanna proves she's willing to give the people what they want —  albeit to a degree and on her own terms. Some fans, for instance, were disheartened that the new version of the track didn't feature the amount of vocalizing from the singer they'd hoped for.

Despite critics and the supporters of "Goodnight Gotham," the track's inclusion on the deluxe version of Anti is certainly in keeping with another theme which surrounds the release of the album — surprise. The album's release itself, though suspected, came as a shock to fans when it first leaked on Wednesday night. And "Goodnight Gotham" was by no means the only surprising addition to the LP's tracklist.

"Same Ol' Mistakes," the ninth track on Anti, also took many listeners by surprise. The cut is a rework of Australian group Tame Impala's "New Person, Same Old Mistakes," which lives on the indie-rockers' most recent record, Currents. The Aussi outfit is up for several awards at this year's Grammy Awards show, in part for their work on Currents.

While it could be argued that "Same Ol Mistakes" is out of place among the other tracks on Anti, the cut proves the that the is willing to experiment, even if that means bridging the divide between genres.

However, if "Goodnight Gotham," "Same Ol Mistakes," or the months of speculation, mystery and anticipation that preceded Anti is any indication, Rihanna has at least been consistent in forcing her fans to sit with the unease of the unexpected.