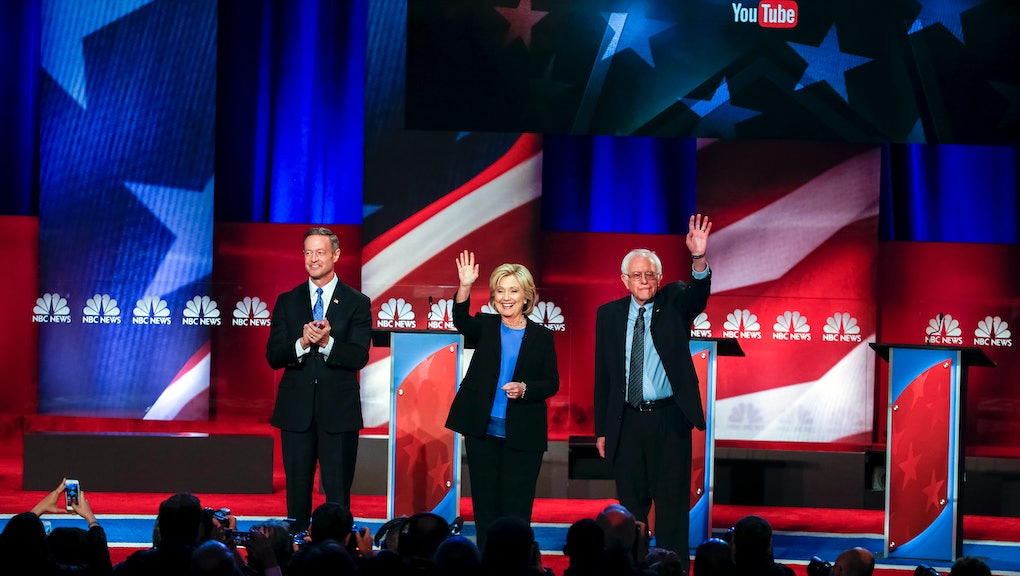 Over 1.2 million Americans are living with HIV, with around 50,000 new infections every year. But it looks like just three 2016 presidential candidates want to fight the AIDS epidemic.

The three candidates answered a series of questions regarding LGBT-inclusive sex education, federal protection from discrimination, prevention and the future of the Affordable Care Act.

Each candidate is in favor of lifting the newly revised blood ban on gay men. Whereas the rule used to be that any man who has had sex with a man since 1977 was barred from donating, the revised rule allows gay men who have been abstinent for at least one year to donate.

"The rule will effectively serve as a lifetime ban for many healthy men," Clinton wrote in her response.

While Clinton and O'Malley defended the ACA and spoke about ways to either expand it or expand Medicaid, Sanders spoke about health care as a right.

"To truly ensure every American has access to quality, affordable health care, we must move to a Medicare-for-all, single payer system," he wrote. However, Sanders did say that he would expand funding to community health centers, where many people with HIV or at risk for HIV receive their care, under the ACA.

Each candidate spoke firmly against the reality of drug companies' price-gouging efforts. Sanders and O'Malley even directly spoke against Turing Pharmaceuticals cartoon villain Martin Shkreli, who famously price gouged the drug Daraprim by 5000%. Clinton spoke about access to pre-exposure prophylaxis, or PrEP.

"We must take on the greed of the pharmaceutical companies," Sanders wrote.

Each respondent answered at length a question about access to PrEP as well as post-exposure prophylaxis, a drug taken after exposure to HIV to decrease the chance of acquiring the virus.

While both Sanders and O'Malley gave boilerplate answers to the PrEP and PEP question, Clinton's answer included specific calls to increasing access to PrEP for black gay men, who are disproportionately affected by the HIV epidemic, as well as transgender women, one of the groups most at risk for HIV in the U.S.

"I will increase the CDC investment to ensure populations at greatest risk of infection have access to the drug, and encourage states to follow suit," she wrote.

All candidates spoke about gender-based violence, but only as it pertains to HIV risk. None of them addressed the reality that women with HIV are often at risk for intimate partner violence.

They did, however, all promise to expand access to preventative services for women, including access to PrEP.

Currently, there is a federal ban on funding for syringe-exchange programs, meaning the federal government can't help fight HIV transmissions among those who use needles to inject drugs. Each candidate promised to lift that ban.

Aside from his success running a syringe exchange in Baltimore, O'Malley promised to stop the act of using condoms as evidence of prostitution, which often lands some of the most marginalized populations in jail.

The questionnaire's final question asked the candidates to put forward plans to address mental health care and addiction for those living with or at risk for HIV.

Clinton promised $4 of federal money for every dollar states spend to confront the nation's substance use epidemic. Sanders promised to double the number of drug treatment facilities that provide HIV testing. O'Malley said that, aside from investment in mental health, he would also reinvest in housing, supported employment and outpatient treatment.

You can read the entire report from GMHC here.