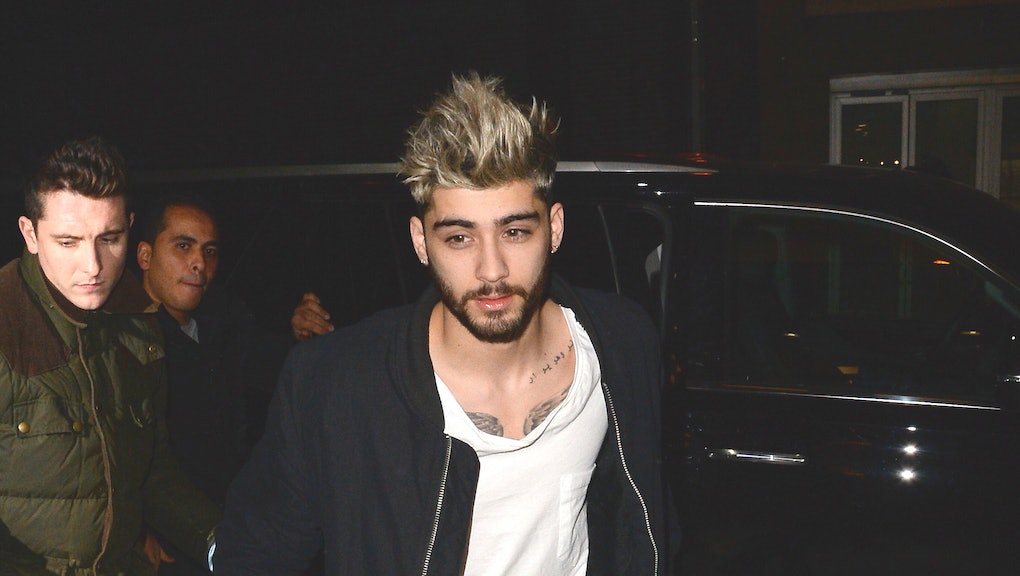 Zayn Malik dropped his first solo single "Pillowtalk" Friday, and as if that's not enough to cause a commotion among his cult following, he simultaneously dropped the track's music video starring him and 20-year-old supermodel (and rumored girlfriend) Gigi Hadid making out — and crying tears of blood and other strangely hot things that's making fans sweat a little.

When Hadid first appears in the video:

When they brush noses:

When she runs her fingers through his white hair:

Cryin' tears of blood together:

"She just shoved me. It was kinda hot though."

"How could you let me show up in a ball gown when you're wearing jeans?"

But then they made up with a quick inverted-color make out sesh:

And then the part where everyone watching just implodes:

Malik announced his permanent departure from One Direction months before the band announced an 18-month hiatus to work on solo endeavors. Malik's debut solo album is set for early spring 2016, Fuse reported. "There was never any room for me to experiment creatively in the band," Malik told the Fader in November. "If I would sing a hook or a verse slightly R&B, or slightly myself, it would always be recorded 50 times until there was a straight version that was pop, generic as fuck, so they could use that version."

Malik and Hadid have reportedly been dating since December, shortly after she broke up with former singer Joe Jonas.