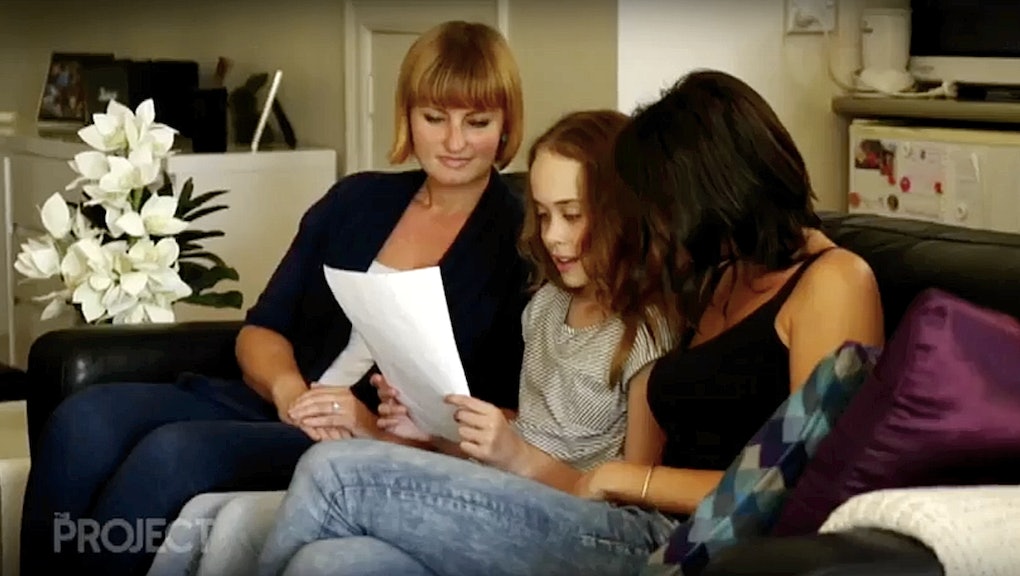 Prepare to feel moved — if a bit inadequate.

An Australian 11-year-old took to TV with a speech Thursday that could give President Barack Obama's "Yes, We Can" a run for its money.

Isabella Mills, who is the daughter of a lesbian couple, appeared on Australian talk show the Project where she is shown in a pre-recorded clip criticizing Australian Prime Minister Malcolm Turnbull's announcement he would put the issue of same-sex marriage to a popular vote in 2017. Reading from a sheet of paper, Mills called the move "a complete waste of time" that would not only be a financial burden — $160 million, she says — but "would most certainly fracture some of the positive views the people have about you."

In addition to the steep price tag, the vote would serve more as a litmus test than a move toward legislation. According to the Australian Electoral Commission, a public referendum merely gauges public opinion on an issue, with the final decision going to whichever body is holding the vote, which in this case would be the federal government.

Sitting on a couch in between her parents, Mills continued: "The public has already expressed their views and made it quite clear they want same-sex marriage for Australia. I might not be prime minister, but I know that money could be used elsewhere."

Australian Marriage Equality cited a poll conducted from 2009 to 2012 that showed 64% of Australians support marriage equality (including 53% of Christians) and 75% believed the reform is inevitable. The support for same-sex marriage was overwhelming among younger populations, with 81% of citizens ages 18 to 24 taking a pro-marriage equality stance.

The Australian Electoral Commission notes that the country's public referendums are for issues unrelated to its constitution. Still, Mills implored Turnbull to rethink his strategy, suggesting he use the millions of dollars instead to help Australia's homeless, for example.

"You may be fooling the rest of the public," Mills said, "but you are not fooling me."