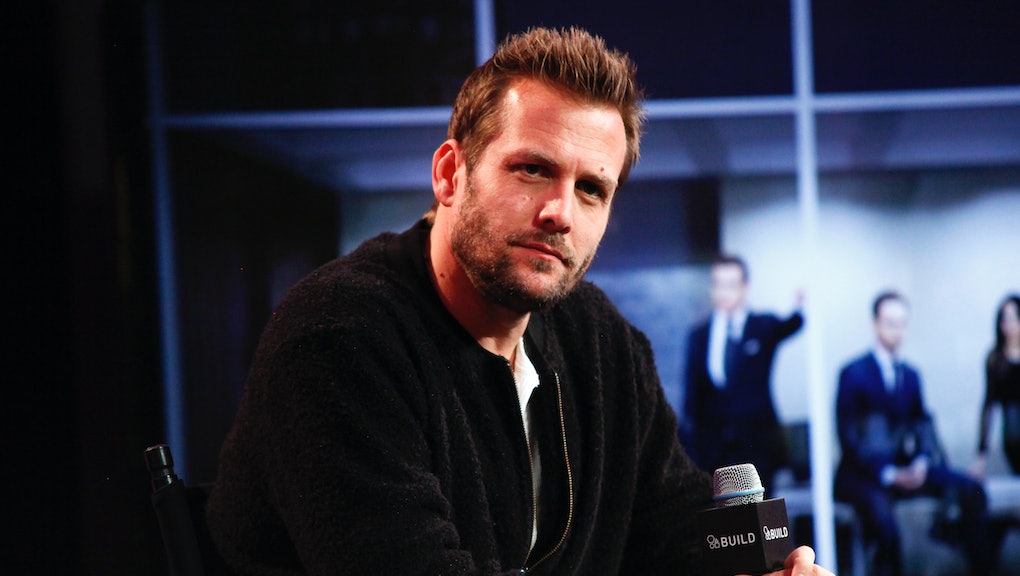 USA Network lawyer drama Suits is in the middle of arguably its most intense season after lead character Mike Ross, practicing lawyer with no law degree, was arrested for committing fraud during the mid-season episode that left fans wondering who turned him in since last summer. The second half of season five aired Thursday with episode 11, "Blowback," keeping fans in the dark as to who turned Mike in but intensifying the stakes of the case — and not just for Mike.

"Mike is under investigation by a ruthless government prosecutor;" the episode's description reads. "Jessica and Harvey must figure out how to build a defense for Mike, knowing full well that he's guilty of the crime for which he stands accused."

The problem is, if Mike goes down, he's not going down alone. Harvey Specter hired him, and most who work closely with him, including his girlfriend Rachel, were always well aware of the fraud and therefore guilty by association. "From the moment the episode opens, we're in a true sense of panic for not just Mike, but everyone involved with his wrongdoing... which is actually the most fascinating piece of the Suits puzzle," Forbes wrote in its recap of the episode.

The episode opens with Mike already using his smarts to manipulate his prosecuting lawyer Anita Gibbs. He told her that he'd only confess if it's on camera — but when she got him in front of the camera, he said Gibbs denied his several requests for a lawyer, Entertainment Weekly reported.

Mike gets his lawyer. To his disappointment, it's not Harvey. Rachel hired Robert Zane out of the assumption Harvey wouldn't be allowed to represent Mike. One major issue with Zane is that he wants to turn Harvey in to save Mike.

Finally, Harvey is assigned to represent Mike and convinces him that they don't necessarily need to prove he's a lawyer to win the case — they just need to prevent Gibbs from proving he isn't.

Mike's arrest is considered the biggest curveball of the show, according to Forbes, and the forthcoming episodes will likely center around his case and how to set a "completely, undeniably guilty man free."