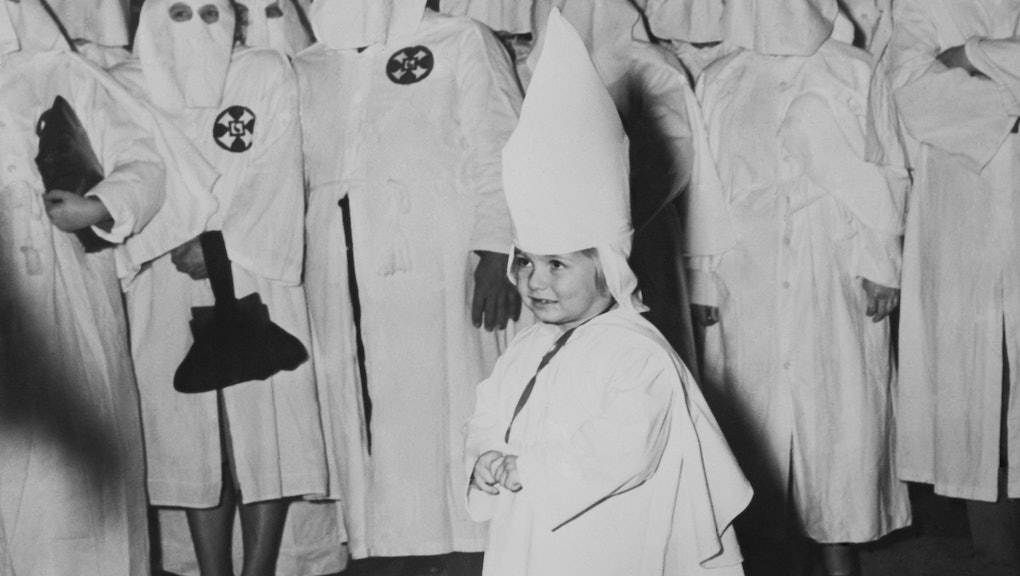 Georgia Lawmaker on Defending Confederate Memorials: "KKK Wasn't So Much a Racist Thing"

In casual news out of the former Confederacy, a Georgia lawmaker is spreading historically inaccurate tripe about the Ku Klux Klan in an effort to save the South from "cultural terrorism." In an exclusive interview with the Atlanta Journal-Constitution, Rep. Thomas Benton (R-Jefferson) insisted Thursday the KKK "was not so much a racist thing but a vigilante thing to keep law and order."

"It made a lot of people straighten up," he said, referring — again — to the Ku Klux Klan. "I'm not saying what they did was right. It's just the way things were."

The 11-year incumbent made the statements in response to a proposed bill, Senate Bill 294, which would prohibit the recognition of legal and public holidays in Georgia that celebrate "the Confederate States of America, its history, or the military or political leaders thereof."

"That's no better than what ISIS is doing, destroying museums and monuments," Benton told the AJC. "I feel very strongly about this. I think it has gone far enough. There is some idea out there that certain parts of history out there don't matter anymore and that's a bunch of bunk."

Benton has proposed an opposing bill, House Resolution 1179, that would ensure Confederate monuments in the state are never altered or taken down. He also supports House Bill 855, which would make Confederate Gen. Robert E. Lee's birthday and Confederate Memorial Day legal and public holidays.

Predictably, no reasonable person is happy about Benton's statements. "His defense of the KKK ignores a grave and dark history of violence and racism in Georgia," Bryan Long, executive director of the liberal group Better Georgia said in a statement, according to the AJC. "House Speaker David Ralston must immediately denounce Rep. Benton's statements and make sure the representative's neo-Confederate, revisionist history bills never receive a hearing."

The state of Georgia has seen its fair share of debate over the salience of Confederate monuments in recent months. Back in November, a handful of Klan members rallied in Stone Mountain — 20 miles northeast of Atlanta, and home to a well-known Confederate memorial — to support the preservation of said monument and oppose a memorial to Martin Luther King Jr., being built nearby.

The rally came five months after a 21-year-old white supremacist named Dylann Roof shot and killed nine black parishioners at the Emanuel African Methodist Episcopal Church in Charleston, South Carolina. The murders sparked a nationwide conversation about symbols that celebrate white supremacy, and resulted in the removal of the Confederate flag from the statehouse grounds in South Carolina and Alabama.

Much of the debate has focused on what these symbols mean today. Many Confederate flag supporters — and supporters of other symbols lauding the Confederacy — insist they don't advocate for slavery, but rather the preservation of Southern culture and heritage. But not only are these positions not mutually exclusive, they directly contradict the stated intentions of the original Confederate secessionists.

"Our position is thoroughly identified with the institution of slavery — the greatest material interest of the world," reads Mississippi's secession declaration from before the Civil War.

As for Benton's claims about the Ku Klux Klan, he's wrong: It was very much "a racist thing."

"We avow the distinction between the races of mankind as decreed by the creator," reads the "Ku Klux Kreed" from The Constitution and Laws of the Knights of the Ku Klux Klan (1921), "and we shall ever be true to the maintenance of white supremacy and strenuously oppose any compromise thereof."

Benton did not respond to Mic's request for comment.