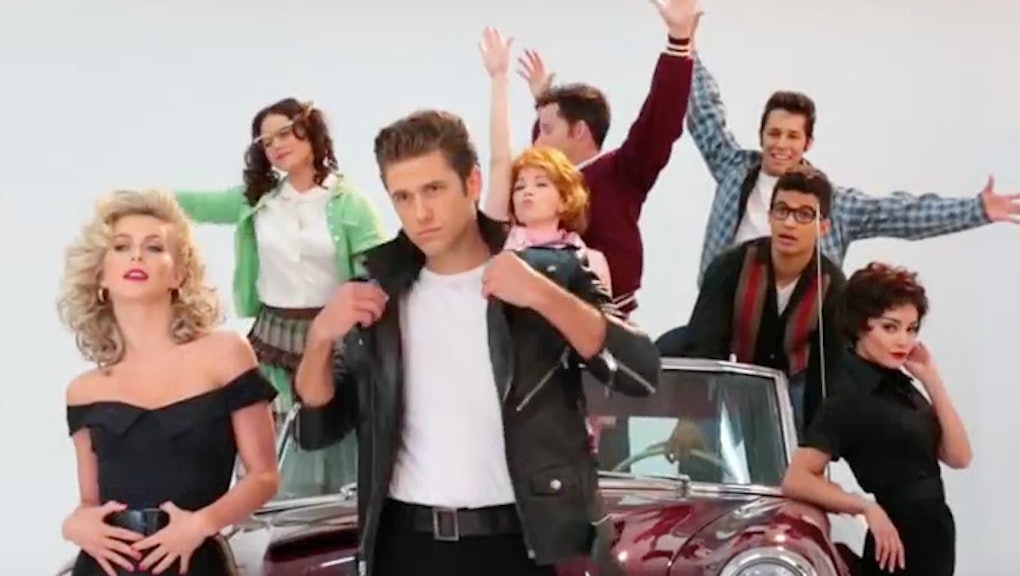 Get ready for some "Greased Lightening" on Sunday at 7 p.m. Eastern, when the live-televised musical Grease: Live premieres on Fox and its website (with a cable authentication). The retro, three-hourlong musical is based on the 1978 hit film (and the less remembered 1971 original theater production) Grease, which became the highest grossing movie musical in history, with $400 million worldwide, according to Fox. Fox will kick off the one-time event at 6:30 p.m. with a preshow.

The director of Hamilton, Tommy Kail, is stage-directing the live musical, which follows the students of Rydell High in the 1950s, all of whom experience the ups and downs of young love, prom and graduation, Billboard reported. "This will be the biggest radio, mic and [communications] footprint any company has ever done," Kail said, according to Billboard.

The budget of the show is allegedly about $16 million, and the production will include handheld cameras and turntable sets, according to Billboard.

Unlike the original film, the cast members of Grease: Live are diverse. "They specifically wanted to make this new to our generation," Palmer said, according to Billboard. "That's so dope."

Artists performing for the musical are also diverse in background and genre, and include Jessie J, Joe Jonas' DNCE and Boyz II Men.

The musical will also have a unique track list, featuring two songs not from the movie but from the play — "Freddy My Love" and "Those Magic Changes" — and an original song called "All I Need Is an Angel," which was written exclusively for Jepsen, the Los Angeles Times reported.

The soundtrack for the live musical will be digitally released Sunday evening, with the actual in-store album (with four bonus tracks) scheduled to hit Target's shelves on March 4, according to Fox.

Below is the trailer for Grease: Live: