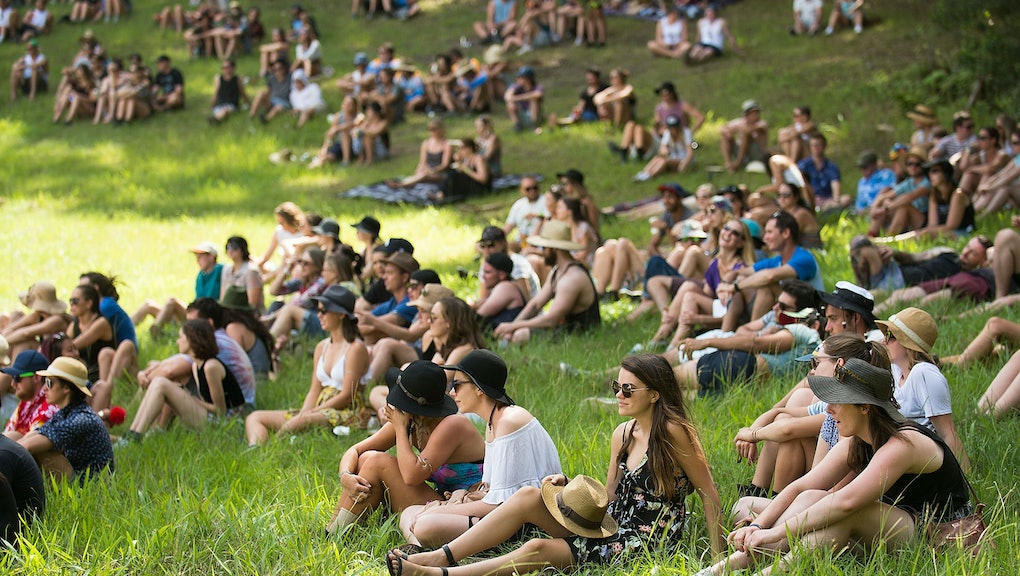 5 Underrated Music Festivals in 2016 That Are Worth Your Time

The year ahead holds no shortage of big-time music festivals, the likes of which can compel hundreds of thousands of music fans to go the distance to attend. Each year, behemoth festivals like Lollapalooza, Bonnaroo and Coachella continue to grow their attendance figures. Yet as the mainstream music festivals continue to swell, some say they risk bursting at the seams, or, at least, could do with increased security. Meanwhile, other concert-goers prefer to avoid the hectic nature of such large events because, despite the power and the glory that comes with behemoth music festivals, they long for something a touch less boisterous or perhaps more niche.

Last year at the aforementioned mega festivals, total attendance hit 300,000 at Chicago's Lollapalooza while the Indio, California festival Coachella grew its attendance to a record-shattering 198,000 during its two weekend's worth of shows. And in 2014, more than 90,000 concert goers turned up at Bonnaroo, which is an event that plays out each year in Manchester, Tennessee.

Gearing up to celebrate its 23rd year, Noise Pop Music Festival will take place in San Francisco from Feb. 19 to Feb 27. This year, there's no shortage of up-and-coming and well-loved bands to see, among them Cayucas, Parquet Courts, the Cave Singers, the Mountain Goats, the Thermals and Wild Ones. Tickets to the annual event, which also showcases art and film, sell for around $175. Head here for more.

Dating back to 2005, Brooklyn Hip Hop Festival is much as it sounds, and this year, the showcase falls on July 13 to July 16. A much, much smaller festival than most, this year's lineup is exclusive enough to list here: "Uncle Ralph" McDaniels, Charles Hamilton, Common, DJ Rob Swift, Freeway, John Robinson, Lion Babe, Mobb Deep, Pitchblak Brass Band, Skyzoo and Torae. For more info, head here.

From what we can tell, this festival sounds like a hipster's paradise. Held in downtown Boise, Idaho, this year's five-day-long event will happen between March 23 and March 27. According to Music Festival Wizzard, the timing of Treefort is no accident — it's purposely scheduled shortly after SXSW in order to book bands that are already mobile. This year, the lineup boasts a huge number of indie rock acts many music lovers would kill to see, and a myriad of lesser-known acts to discover.

Perhaps as proof that this festival prides itself on doing things a bit differently, here's a wonderfully weird promotional video approved by the event's organizers. And for tickets, head here.

Though not a small gathering by any means, Camp Bisco is much smaller than the typical mega festival, considering 14,000 attendees showed up for last year's event. A festival that will most likely appeal to EDM fans, the annual festival takes place at Montage Mountain in Scranton, Pennsylvania, and much camping is involved. Though this year's lineup has yet to be announced, the event dates have been set for July 14 to July 16. Fair warning, Camp Bisco's regulars are partial to psychedelics, according to a study. Keep up with the festival's announcements here.

The lineup for 2016 has yet to be released, but last year's bill included bands like Old Crow Medicine Show, Edward Sharpe & The Magnetic Zeros, Brandi Carlile, Future Islands, TV On The Radio, Yonder Mountain String Band and St. Paul & The Broken Bones.

"We're excited to bring a festival to the area that captures that Midwestern knack for finding the beauty in all things urban and rural," Hinterland's organizers continue in a statement on the festival's "about" page. "We promise you it's going to be a truly unique experience for music lovers"