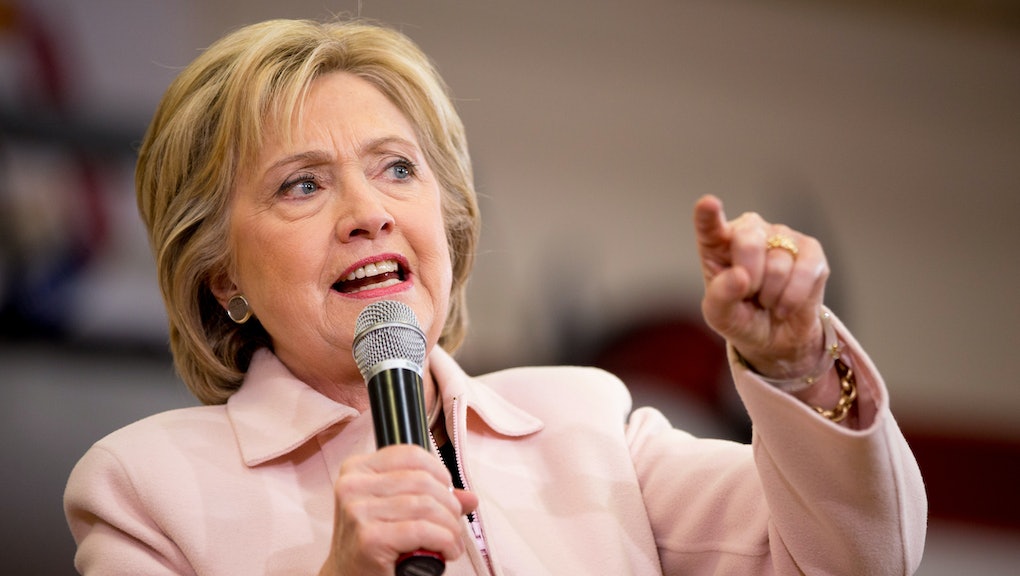 Democratic presidential frontrunner Hillary Clinton found herself embroiled in a new controversy over her use of a private email server as secretary of state on Friday, just three days before Iowa's closely contested caucuses.

The Associated Press reported on Friday that the State Department had determined that 22 emails on Clinton's server contained "top secret" information and would therefore not be released to the public. According to the AP, the emails, which totaled 37 pages, focused on covert government operations, potentially including drone strikes and counter-terrorism surveillance programs.

"The documents are being upgraded at the request of the intelligence community because they contain a category of top secret information," John Kirby, the State Department spokesman, told the AP. The department noted that the emails weren't marked top secret at the time they were sent or received.

The Clinton campaign came out swinging at the decision to block the emails, with press secretary Brian Fallon calling for their full release.

"This appears to be over-classification run amok," Fallon said in a statement. "We will pursue all appropriate avenues to see that her emails are released in a manner consistent with her call last year."

Fallon said that the process of sifting through Clinton's emails had been marred by "bureaucratic infighting that has too often played out in public view."

While the State Department's findings comport with Clinton's contention in March that she never sent or received emails marked classified, headlines about the highly sensitive emails contained in her homebrew server could send her campaign into damage control mode in the crucial hours before the Iowa caucuses, where Sen. Bernie Sanders (I-Vt.) hopes to score a momentum-building victory.

With polls suggesting the race there is neck-and-neck, Friday's news is particularly unwelcome for the Clinton campaign.