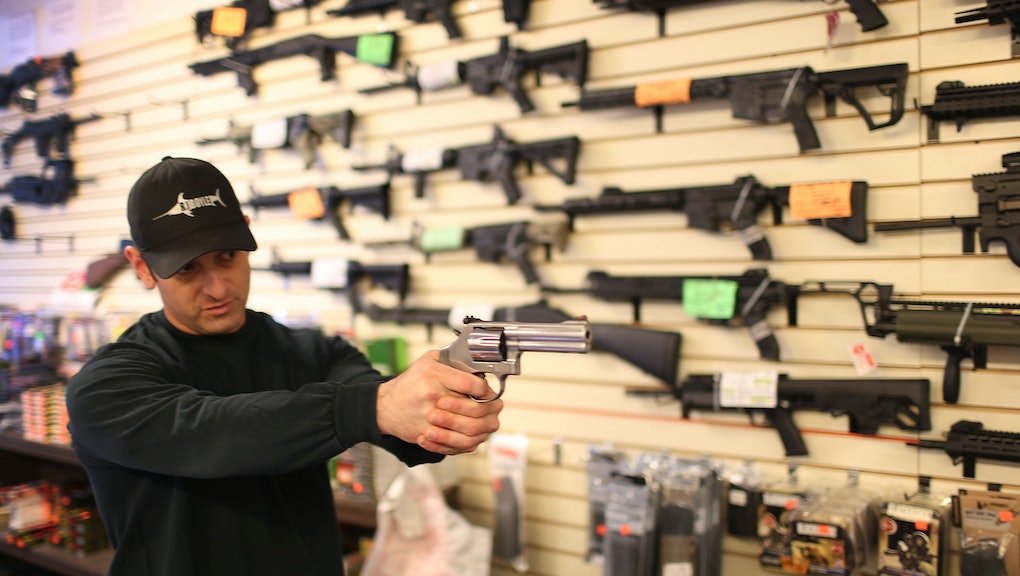 Facebook, as well as its subsidiary image-sharing company Instagram, have banned private firearm transactions on their services.

"Today we are updating our policies for managing regulated goods to prohibit people from using Facebook to offer and coordinate private sales of firearms. This policy already prohibits people from offering marijuana, pharmaceuticals, and illegal drugs for sale," a Facebook spokesperson said in a Friday statement to BuzzFeed News.

"This policy update focuses on private or 'peer-to-peer' sales of weapons, not weapons that are being sold in stores or off Facebook through online, licensed retailers."

While Facebook already prohibited paid advertisements and sponsored posts featuring weaponry, fireworks and explosives, BuzzFeed News reported, it did not put any such restrictions on pages and groups organized for the purpose of coordinating private firearms sales.

That led to a thriving gray market in firearms across the site. In 2014, VentureBeat reported it was possible to purchase a gun on Facebook in just a few minutes.

Licensed gun manufacturers and retailers may continue to use Facebook and Instagram to advertise gun sales, but all actual transactions are now required to happen off the service.

The new policy is essentially a win for gun-control advocacy groups that have been urging Facebook to follow the lead of other sites like Craigslist and restrict their platform's utility for gun sales. Moms Demand Action for Gun Sense founder Shannon Watts told the New York Times the change sends "such an incredibly strong, sentinel signal to the world that America is working in the right direction ... [it's] the right thing."

As Slate's Daniel Politi noted, changes to the site's policies have not resulted in immediate changes — as of Jan. 30, many firearms listings using Facebook's built-in e-commerce features remain live on the site.