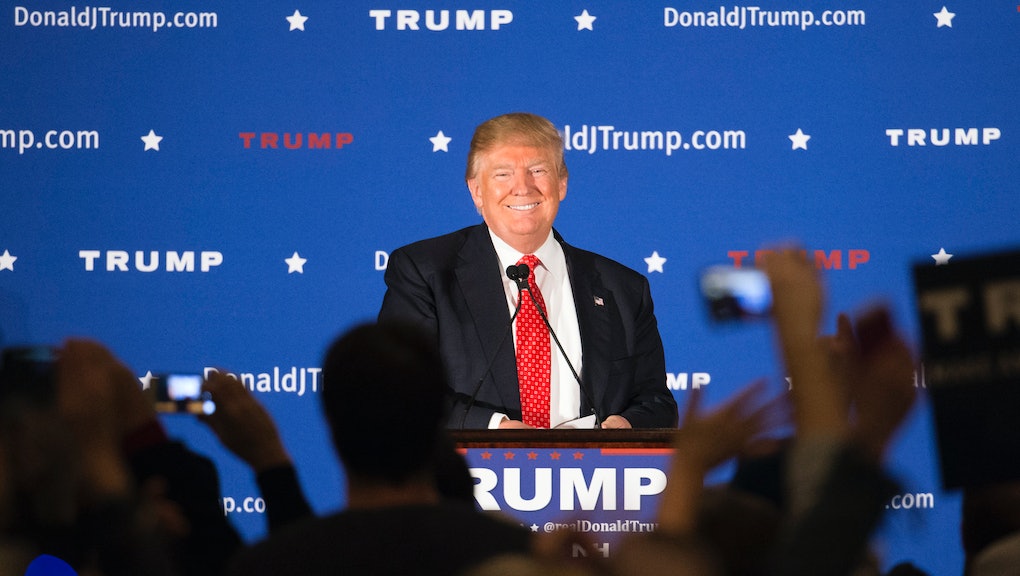 The Republican Party of Virginia has given up on a plan to make all voters in its upcoming GOP primary sign statements saying "I am a Republican" after weeks of pressure from supporters of real-estate billionaire and presidential candidate Donald Trump.

A spokesman confirmed to the Richmond Times-Dispatch that the state party has abandoned the plan, which would force all people casting ballots for the Republican nominee for president to sign such a document. Virginia has an open primary, which means anyone can vote to choose the GOP nominee, not just members of the party.

News of the proposal being rescinded first emerged on conservative blog The Bull Elephant.

In December, Trump called the idea a "suicidal mistake" and said the Virginia GOP was "working hard to disallow independent, unaffiliated and new voters."

Of course, Trump is the one who stands to benefit from defeating the proposal. As Mediaite's Ken Meyer wrote in December, "There is a possibility that Trump's frustration on this is due to how his supporters are mostly a mix of independents and hard-right conservatives who are disenchanted by the Republican Party:"

Three black pastors who are also Trump supporters filed a federal lawsuit against the Virginia GOP over the pledge earlier in January, according to the Washington Post. The party has denied opponents' characterization of the document as a pledge or oath, previously releasing a statement saying it implemented "a far lower barrier to participation than in states that require party registration for voters participation in primaries."