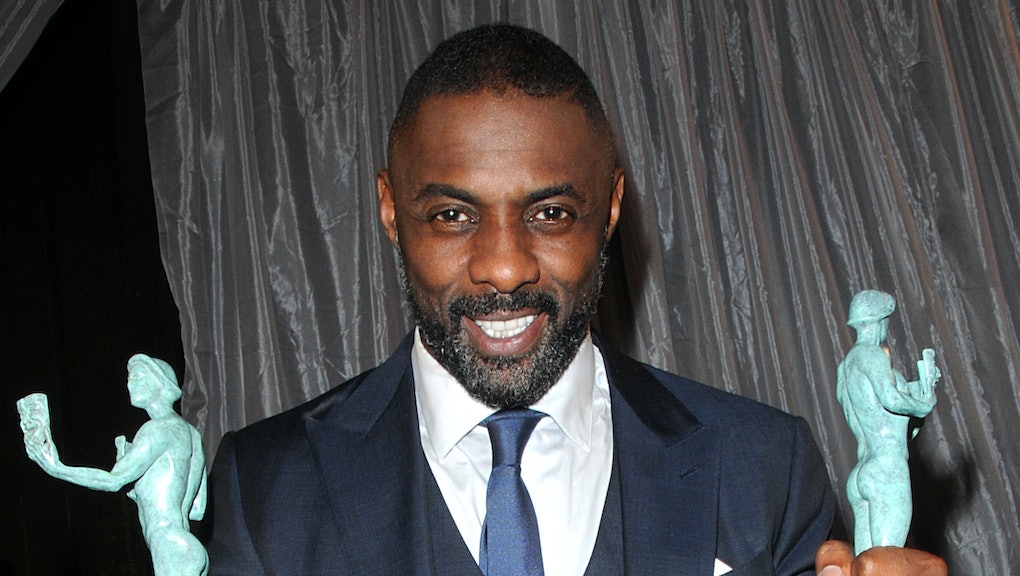 If You Watched The 2016 SAGs, You Probably Noticed a Huge Difference From #OscarsSoWhite

After not one non-white Oscars nominee was announced in any of the four acting categories for the second year in a row for the 2016 Oscars, Hollywood's acting community took matters into their own hands.

"Ladies and gentlemen, welcome to diverse TV," said Elba, while introducing Beasts of No Nation with co-star Abraham Attah, according to USA Today.

Viola Davis, star of the hit drama series How to Get Away With Murder, won Outstanding Performance by a Female Actor in a Drama Series. "I think people should do what they want to do [about boycotting] the Oscars, but more importantly, when they walk into a theater they need to be open to the experience of the story," Davis said backstage, according to Yahoo News. "I think sometimes people feel stories about people of color aren't inclusive. They're very much inclusive."

Queen Latifah, who portrayed the life of 1920s blues singer Bessie Smith on HBO's Bessie, won Outstanding Performance by a Female Actor in a Television Movie or Miniseries.

The obvious differences between the SAG Awards and the Oscars prompted the hashtag #SAGsSoBlack, a spin-off of the hashtag #OscarsSoWhite.

According to the Screen Actors Guild's official website, only the SAG Awards "are selected entirely by 111,228 performers' peers in SAG-AFTRA."