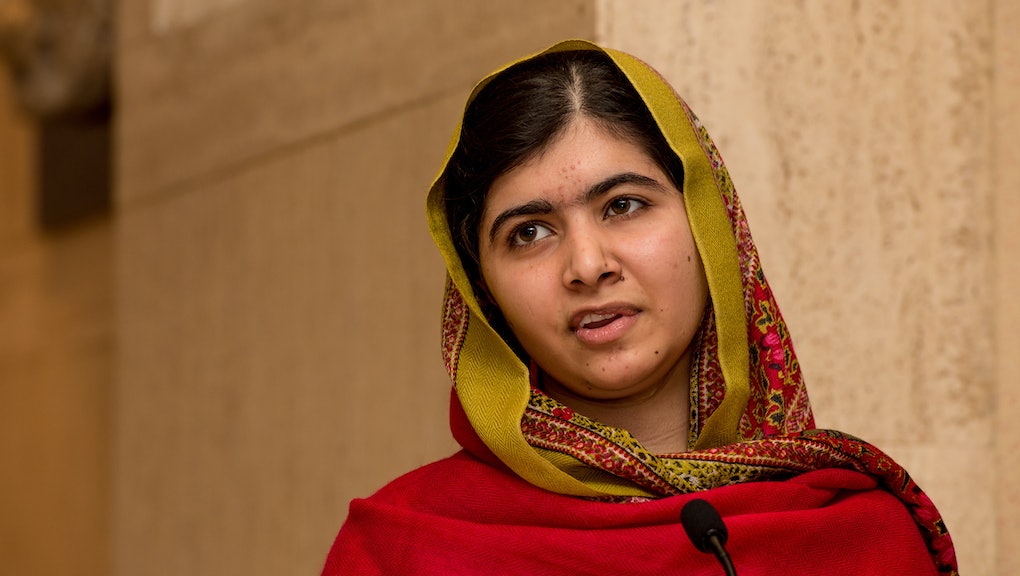 When Malala Yousafzai — the youngest Nobel laureate ever, assassination-attempt survivor and renowned advocate — speaks, powerful people listen. At least that's what the activist is counting on this Thursday, when she'll ask powerful international leaders attending the "Supporting Syria and the Region" conference to contribute $1.4 billion to Syrian refugee children's access to education, Reuters reported on Sunday.

"I have met so many Syrian refugee children, they are still in my mind," Yousafzai told Reuters. "The thought that they won't be able to go to school in their whole life is completely shocking and I cannot accept it."

"Without education we cannot do anything," said Muzoon Almellehan, a 17-year-old Syrian refugee who will attend the conference with Yousafzai.

Yousafzai's efforts are particularly meaningful considering the Syrian refugee population is predominantly composed of children. Of the more than 4 million registered Syrian refugees, about 51% are children under 17, according to a 2016 United Nations report. Between 2 and 3 million Syrian children are not attending school, according to World Vision, and at least 5,000 Syrian schools are unusable due to damage, destruction or conversion to shelter, according to a 2015 UNICEF report.

Reaching this fundraising goal would add to an already impressive legacy of advocacy and aid. The Malala Fund has raised millions of dollars toward the cause of girls' education and has implemented programs in nations like Pakistan, Nigeria, Kenya and Sierra Leone.

Access to education is hardly the only barrier Syrian refugees face, though. More than 50% of Syria's population is currently displaced, according to Amnesty International, and many struggle to access basic needs like food and shelter. Reports have also surfaced of sexual assault perpetrated against female refugees in camps, and plenty likely grapple with the psychological aftermath of experiencing conflict. Yousafzai, therefore, will have to contend with the millions also required to address these issues — as well as the funds needed by other nations grappling with the effects of the conflict on their own nations.

But even so, education is crucial and cannot be forgotten. As Yousafzai concluded to Reuters, "This is the way we can protect the future of Syria."